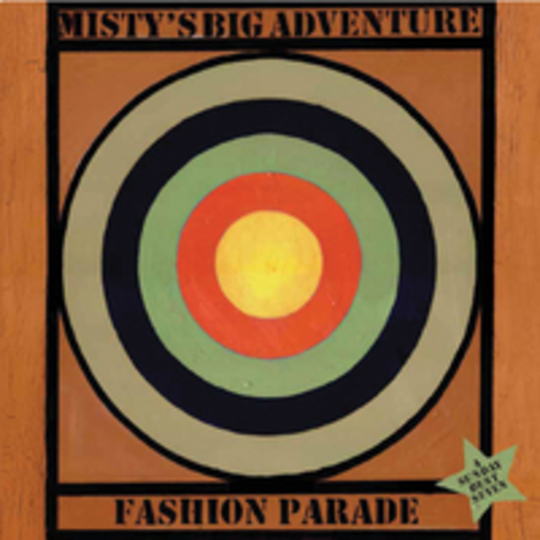 Yes, I know, the easiest targets are the least satisfying to hit, and the current indie ‘scene’ is already so transparent that it hardly needs a protest song to expose its hollow soul. The pop industry is saturated with vain, vacuous, essence-sapped rip-off-merchant bands being peddled by bloated, image-conscious, parasitic managers intent solely on unscrupulously vast profits sucked from fickle trend-following fanatics. Well done, have a biscuit. It may be a sweeping generalisation, of course, but a lyric marking out the music world for valuing style over substance in the race for lots of money - “lots and lots of money!” - seems like one long game of fish, shotgun, barrel.

Yet this is Misty’s Big Adventure we’re talking about, so obviousness is not an issue; they could have a song called ‘Hey! The Pope Is Catholic!’ or ‘Isn’t Being Kicked In The Face Really Frustrating, Eh?’ and it wouldn’t matter. Because whatever they’ve written about before, be it love, war or microwaves, their songs are always executed with such vivacity and spirit that it’s hard not to be charmed by them. And new single ‘Fashion Parade’ is no different in its boundless vibrancy and deadpan enthusiasm.

Chronicling the rags-to-riches-to-rags-again tale of Retro Spankees! look-a-likes The Teats (hey, check their MySpace!), the narrative is provided in part by the salty foghorn legend Noddy Holder and has a “WOOOOOOO OOOOOOO OOOOOO-OOOOOOOO OOOOOOO- AAAAAAAAAA AAAA AAAAAA-HHHHH HHHHHHHHH HHHHHH!!!!!” bit in the middle that surgically removes the piss out of the Kaiser Chiefs. I’m inclined to slap ‘Single Of The Year’ on this baby already.

But there’s something that elevates this beyond mere parody (you’d be forgiven for thinking, after the first few seconds, that it was a tongue-in-cheek-tastic cover of ‘Take Me Out’), even if the act of parodying is its only reason for existence. Because Misty’s have a knack of being not so much bittersweet as, uhm, seethingjoyous. They can be world-weary without being depressing and relentlessly fun without being twee all at once, with brass knobs on (literally – dig that hip trumpet and saxophone in the last chorus). Which is why, for a song drolly directing vitriol straight and undiluted as much at their contemporaries as the bands shagging stadiums already, ‘Fashion Parade’ somehow also ends up being one big bear-hugging ball of sticky tape and staccato keyboards and faux-malicious grinning. And after all, you can’t really blame them for writing a song that so bluntly accuses most other bands of not having an original idea in their heads, seeing as the Misty’s approach to musical inventiveness is becoming a lonelier practice with each passing festival season.

Time to end the bland age.