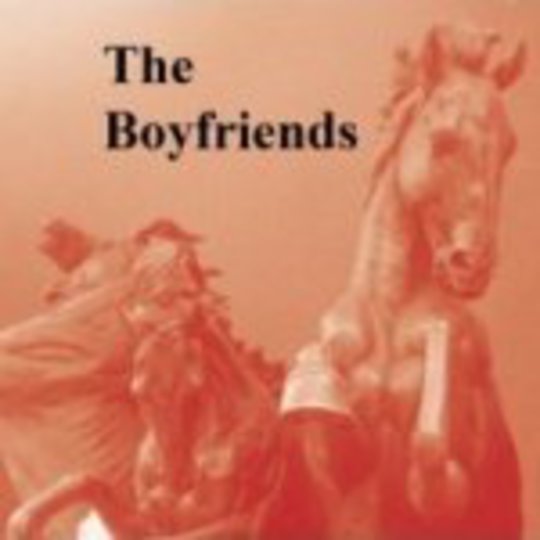 Decades pass and many things stay the same. People get attached to old woolly cardigans, buildings remain but become a bit dirtier, and some indie bands cling to retroactive sounds. And The Boyfriends prove this with their almost-'80s C86 sound. The feel of this eponymous album is akin to the bedsit brigade of bands like The Wedding Present and The Pastels, and if you were being nice at times you might say they echo the sound of The Smiths.

It’s Martin Wallace on vocals here that make this band slightly more than ordinary. His voice is disconcertingly cool in a laidback John Major sort of way. His lyrics often strike a chord, so much so that it is fair to say that Wallace seems to have a certain level of insight into the mundanity of everyday life that bands of yesteryear, like St Etienne or Pulp, had. But those new-fangled bands: what do they know? "Generally I think we need to speak less and listen more", from ‘Speak Less Listen’, is one of those lyrical insights, even though it comes across tweely parental. This kind of dialogue continues on ‘British Summer Time’, with Wallace singing: "It is far to nice a day for staying in and playing Scrabble, so let’s rub some factor 50 on and join the half-naked rabble."

Other songs like geeky love song ‘I Love You’, the uncomfortable ‘Adult Acne’ and St Martin’s College window display-inspired ‘There is Always Hope’ do nothing to change the formula. Seems their idea of a track is set from the outset, with album opener ‘Brave Little Soldiers’ and its jangly guitars, accompanied by observations on English life that others dare not notice or are too busy wrapped up in their own existence to care to see.

For some people The Boyfriends will be charming, full of intrigue and inspiring. For others they could come across as dull, unoriginal and drab. Which side of the fence you sit on depends on how you like your ‘real indie indie’. Either way, it seems that it’s that kind of band that John Peel would have liked. Where’s that seal of approval when you need it?