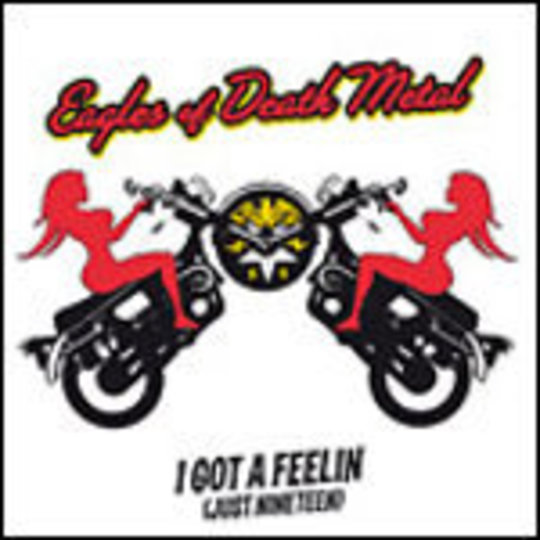 While the majority of us are still waiting for another Queens Of The Stone Age album, the singer and guitarist of said band, Josh Homme, seems eminently focused on his scuzzy garage-rock side-project Eagles Of Death Metal. For the time being, at least, so you might as well enjoy them while you can.

The band’s animated effort Death By Sexy is a great rock ‘n’ roll album – fun, loud and raucous. The second single from the aforementioned effort is, rather predictably, fun, loud and raucous; it serves as a nice gateway, for newcomers, to the quartet’s work. The band wear their influences on their sleeves, peddling a kind of AC/DC meets Fu Manchu sound that, when at its best, overrides any sense that Eagles Of Death Metal live on mindless repetition and half-baked retro stylings. After all, this _is_ party music, and it’s there to be enjoyed.

This doesn’t match Queens Of The Stone Age’s remarkably high standards, but it’s good enough to see you through until the elusive new album from the kings of 21st century stoner-rock.