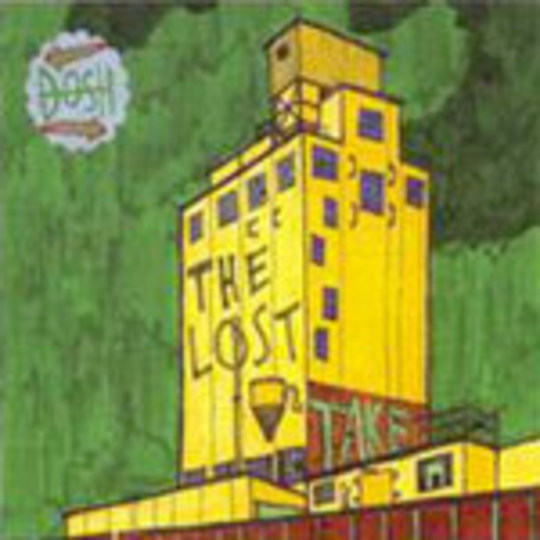 How does Martin Dosh make a piano sound like this? Like it's wrapping its strings around you, massaging your back with hammer taps and telling you everything is going to be alright. He can't be playing more than a handful of chords, but somehow they're cinematic, imbued with glowing reds and oranges. The kind of sound that demands you stand on something tall and stare longingly into middle distance. Dosh is a multi-instrumentalist who surrounds himself with concentric circles of family and friends to build freewheeling instrumental pop filtered through jazz, hip-hop and electronica, and The Lost Take is a well-mannered and beautifully concise demonstration of his craft, if an eerily familiar one.

Familiar, because a review of his self-titled debut could almost double as a review of this, his third, with a few name changes and swapped adjectives. It's still a record littered with pithy, inventive beats, the difference here being that instead of leading every track, many simply find a nook to inhabit in their accompanying melodies. On 'Um, Circles And Squares', he plays a busy high-attack synth line off of samples from regular collaborator Andrew Bird's plaintive violin. Only once they've meshed does he lay a hi-hat-heavy rhythm out beneath, creating a charming and upbeat highlight. On another, 'Fireball', the beat is an infectiously angular bell-laden groove that eventually breaks free of another urgent, bubbling synth and samples of his drumming students chanting the title and manages to play itself with nothing but silence before it's cruelly cut short.

His students aren't the only strand of Dosh's life weaved into The Lost Take - his wife Erin contributes both the album artwork and vocals to the beautiful 'Ship Wreck', a winding mesh of echoing strings, toy xylophones, and the perfect intertwining of Martin and Erin's vocals, spiraling upwards like wayward birds. His friends, too - seemingly composed of some of Minneapolis' musical elite - make subtle appearances. Tapes 'n Tapes' Erik Applewick lends rich, woody riffing to 'Mpls Rock And Roll' before the aforementioned glowing piano seeps in at the very last minute, through defiant snare hits and cymbal flourishes. But even with relatively few extra players, tracks like the Books-esque 'O Mexico' are hazy, wonderfully composed songs that stand shoulder to shoulder with the more collaborative efforts on show.

Dosh's insistence on surrounding himself with friends and family once again creates the same intensely personal air that also runs through his previous releases. And while not all tracks reach the heights where musical inventiveness meets balanced and affecting sentimentality, The Lost Take is a richly idiosyncratic piece of work, charming and inoffensive without failing to make a sizable impression.