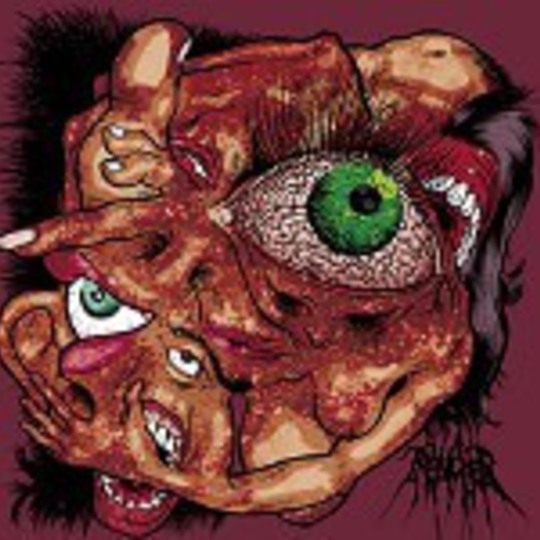 When the Earth’s crust finally does split below London’s foundations, swallowing the city’s towers and sewers alike, only a smattering of individuals – those already in league with the creatures of the fiery underworld that awaits every sinner the capital spawns – will survive. The three men of Trencher are likely to be among the few while the many tumble to an eternity of torment.

Spouting terrifying torrents of seizure-spreading splatter-core, the trio are among the most extreme-sounding outfits in this land; chances are than many an alleged hardcore act cowers before them in other locales, too. Their live might is well transferred to tape (okay, CD) here – recorded in one-take bursts, vocals aside, the album’s tautness is truly breathtaking. Although their music is aggressive to the point of pant-wetting, there’s a technical ability at work here – most prominently in the drums – that stands head and shoulders above the talents of so many grindcore peers.

Stop-start blast furnaces of skin-shreddingly tumultuous terror-rock comprise Lips main draw – each is a disorientating piece decorated by titles as decadently disgusting as ‘Two Semis Don’t Make A Hard-On’ and ‘Mouth To Anus’ (not about sex, apparently), and nothing here’s particularly derivative of the band’s earlier, more one-dimensional material – but the album’s ‘In Reverence’ is quite the proverbial curve-ball. Seven minutes of swirling, atmospheric sludge something, replete with from-the-netherworld screaming and wailing, the song’s mid-album positioning allows the listener a moment or some to realign their spine and straighten their suitably mashed senses. It’s a masterstroke sequencing wise, and the song’s not half-bad either. Granted, its drones are rather overly prolonged, but its completely contradictory nature when compared to the tracks around it is to be applauded.

It’s the immediately gratifying likes of the sickeningly-titled aforementioned and ‘Lips Like Suicide’ that continue to be Trencher’s stock in trade, but the diversions from everything expected on Lips demonstrate that the band have far more strings to their flaming bow than ever expected. Adventurous without ever becoming alienating, Lips is a finely tuned second album of unmitigated violence and staggeringly brutal bombast. It’s fucking beautiful, and beautifully mind fucking.

Best pray to be an acolyte come that fateful day, brother.

If You Fail We All Fail