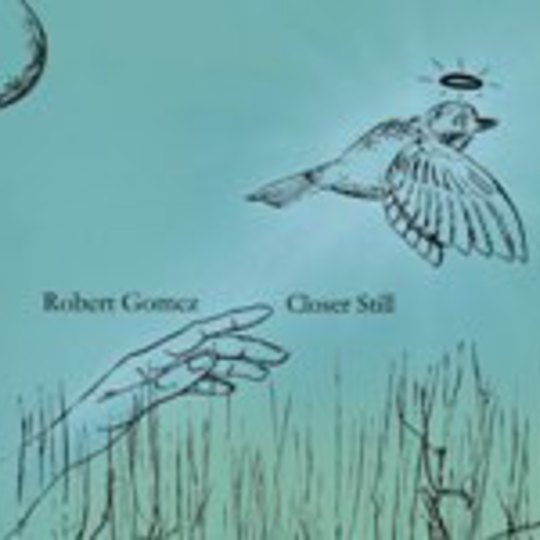 Texan singer-songwriter Robert Gomez is perfectly placed-cum-pitched between the twin geniuses of Josh Pearson and Midlake; appropriately enough, his debut UK release arrives courtesy of Bella Union, home to both the aforementioned artists of great acclaim.

That said, not everything on Closer Still, a five-track curtain-raiser for its maker’s main event in the new year, debut album Brand New Towns, echoes ageless melancholy meeting an old-timer’s pitching and yawing of emotions. The opening title track fuzzes and crackles with far more purpose than an apparent solo artist’s material should – a glance over the credits, though, reveals that no fewer than nine individuals contributed to the creation of this EP (and presumably that album, too). Its immediate follower, ‘She’s A Dog’, staggers woozily around an organ that just won’t quit, peppered by gentle chimes that twinkle like stars against a spread of deepest black.

Gomez is a well-studied musician – he’s played Cuban guitar with Nelson Gonzales and has performed in Turkey with Omar Faruk Tekbilek – and such commitment to the understanding of music’s many varieties has produced a debut offering full of character and soul. Although it touches upon a number of disparate bases – songs sound rich and luscious one moment and strikingly stark the next – not once does Closer Still exhibit any lack of focus. It’s an accomplished achievement, and a great introduction to a star in the making.

Brand New Towns promises to be something very special indeed.