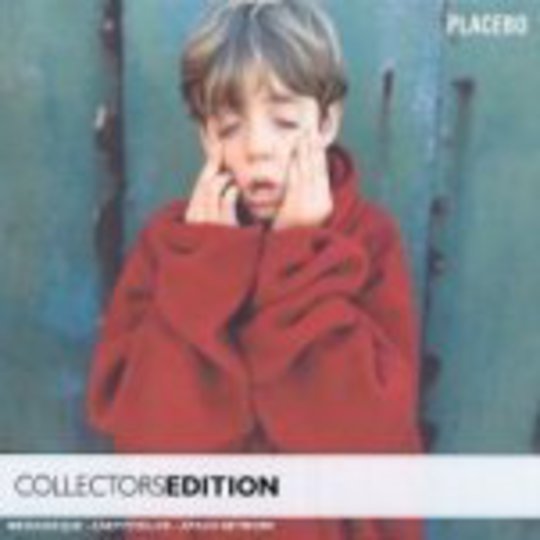 Ten long years have passed since the release of Placebo’s auspicious debut, and since then, a lot has happened: the trio have gone on to bigger – but not better – things, eschewing the career-defining sound sold on their first two records in favour of electronica-tinged rock. The self-titled debut triggered what would be a phenomenal rise in popularity, but also a landslide in terms of creativity. Placebo was the answer to those bored of Britpop in 1996; it was an album that possessed both style and substance, an album that would see you returning years later to uncover its gems again, and again.

Ten years ago – believe it or not – Placebo were a band you could have faith in. Fronted by the flamboyant, sexually-ambiguous Brian Molko, the band had both image and tunes in equal measure, a confirmation of sorts that rock still had one last bullet in its armoury. Before they lost their way with a series of lacklustre releases, Placebo were a band with unbridled enthusiasm, a band with high hopes and a band who understood the knack of writing a good tune. It comes as no shock then that Placebo has received a re-issue, what with it being one of the defining rock albums of the 1990s - and for me - one of the greatest records of all time.

Peaking at number five in the album charts, Placebo proved to be an unexpected commercial success. The first three tracks to be taken as singles (namely ‘Bruise Pristine’, ‘Come Home’ and ‘Teenage Angst’) garnered some interest from the music-buying public, but failed to break into the top 40. It took the release of ‘Nancy Boy’, a frivolous tale of casual sex, to propel the band into the eye of the mainstream. Forget the hit single though; the album stands up brilliantly on its own, and it’s been deigned by many that ‘Nancy Boy’ is one of the lesser highlights on Placebo.

Placebo act on the most basic of set-ups: guitar, bass and drums. And yet, this simplest of arrangements makes the biggest of impacts. Molko creates something beautiful out of nothing, building incomplex (but nonetheless innovative) riffs beneath a distinctive nasal whine to produce something utterly memorable. ‘Come Home’ sets the template for the album, relying on the combination of punk and rock, yet creating something which is inexplicably hard to pigeonhole. ‘Placebo’ can be defined at its most basic level as a contemporary rock album, but stands up well on its own terms – there aren’t many bands that sound like Placebo, nor that touch on the songwriting skill explored on the album.

Lyrically, the album deals with subjects untouched by bands in the mainstream media. Placebo is the sound of a band reconnoitring their sexuality, experimenting with drugs and developing infatuations for others. The album is the antithesis of your mum’s norms and values, the alternative teenage rebellion, the gateway for thousands of young people to become open about their sexuality. Molko’s lyrics proved to be one of the selling points of the band, providing a worthy alternative for those bored of a music scene dominated by Britpop. The lyrics occasionally bordered on the despondent - “we were born to lose” - but also dealt with the issue of drugs: “Every morning, my eyes will open wide / I gotta get high, before I go outside / Roll another, for breakfast / burning clouds around, and in my solar plexus.”

Placebo is undoubtedly one of the best alternative rock records of the 20th Century. Every song features flair, passion and a dizzying amount of creativity. However poor the band’s effort has been since, Placebo stands ups well ten years on. It’s a near-perfect rock record; dangerous, rebellious, memorable, and any other adjectives you can think of that characterise the ethics of what you'd define as a 'rock' band. It’s in the songwriting, though, where the band shines, bringing together the band members' individual talents to create a memorable, fulfilling rock record. Forget everything the trio have done since, and recall the time when Placebo were a band you could believe in. This album was, _is_, the reason why.

The U.S. vs John Lennon