The U.S. vs John Lennon 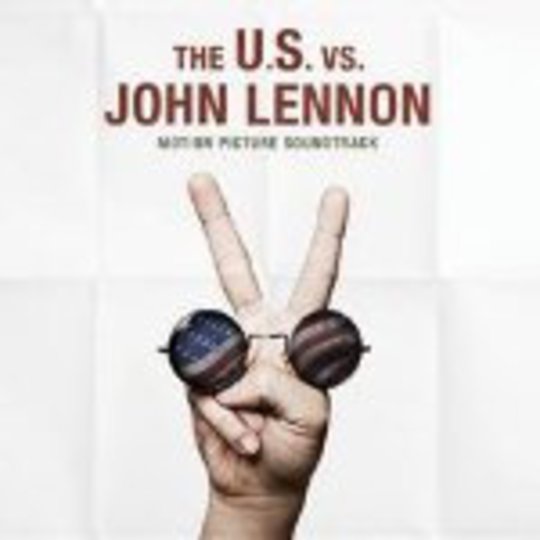 By now, so much has been written about John Lennon that it's hard to précis any article involving his music without repeating clichés. So to save time I'm going to assume you know all about John Lennon the man, the myth, the genius, the curmudgeon and musician whose life was tragically cut short on December 8, 1980. (If you don't, look him up on Wikipedia or ask your mum.) For the purposes of this review, however, it’s important to emphasise that, along with everything else, Lennon was a wide-eyed idealist and a political activist who believed that peace was something worth banging on about. It’s this belief which, according to the film The U.S. vs John Lennon, almost got him kicked out the United States.

Of course, this story is pretty much common knowledge to anyone with only a cursory acquaintance with Lennon's life story or his music, since the lyrical content of most of his material was fuelled by whatever what was playing on his mind at the time. Given the The U.S. vs John Lennon's primary focus is on Lennon's battle with the Nixon administration's attempts to deport him, all the man’s most recognizable political cuts are on the soundtrack; among them are the gospel-inflected 'Power To The People', the tin-pan alley rabble-rouser 'Give Peace A Chance' and his gliding ode to utopianism, 'Imagine'. These rub shoulders with some of his other best-known gems, which seem like obvious choices to backdrop a film of John sticking it to the man – 'Working Class Hero', 'Gimme Some Truth' and even the Beatles cut, 'The Ballad Of John And Yoko'. You can’t pinch an inch on many of these songs; what's astonishing, however, is how superfluous the entire soundtrack feels in the context of Lennon's back catalogue, despite the pedigree of the material. This may be because for anyone who wasn't there at the time to see John square off against US immigration, it's impossible to separate Lennon the socialist messiah from Lennon the re-packaged, re-mastered, deluxe collection-releasing industry staple.

This isn't a dig at the man's politics, by the way. Whether you agree with Lennon's social philosophies or not, the fact remains that most of the man's ideas contained a kernel of truth. Sure, a lot of his publicity stunts were hippie hokum, but his heart was always in the right place; peace on earth may be a naive expectation, but it's also quite a good idea. Aside from being a romantic optimist, Lennon was also - although you wouldn't know this from watching the film - a notoriously cranky individual, who really wasn't shy about sharing his opinions, however unpopular they may have been at the time. I like to believe that if Lennon had been around in the wake of 9/11, upon hearing Paul McCartney's jingoistic drum-banger 'Freedom', he would've headed straight into the studio to tear his former bandmate a new one. It's not like he hadn't done that sort of thing before.

It’s also not a criticism of his (estate's) right to earn money. Yes, there are quite a few compilations out there, but Lennon is by no means the hardest-working dead man in music today (that's Kurt Cobain, according to the latest sales figures). When you consider his contribution to pop music both while he was alive and after, his posthumous discography seems almost miniscule when compared to say, 2Pac's. But the point is, as a compilation of material, this soundtrack isn’t a patch on a lot of the collections already in circulation. As a primer, you'd be better off shelling out a couple of extra ducets for Working Class Hero – The Definitive Collection as it contains all the best tracks on this soundtrack, and more besides. The bait for the faithful isn't up to much, either. There’s a pretty average run-through of 'Attica State' from the John Sinclair benefit in 1971, and an instrumental version of 'How Do You Sleep', which while evocative and pleasant to listen to suffers for appearing without lyrics, given that it's a scathing attack on Lennon's former writing partner.

Perhaps the soundtrack's main strength is that the quality songs in its tracklisting are enough to cut straight through the politics that the film touts to the fore. No matter what one thinks of John Lennon as a political activist, he left behind some incredible music. Its main weakness is that nearly all of it is readily available, and most of the film's target audience will probably already own it all. For the unititated, there are better packages in circulation - and they're probably in their parents' basement.