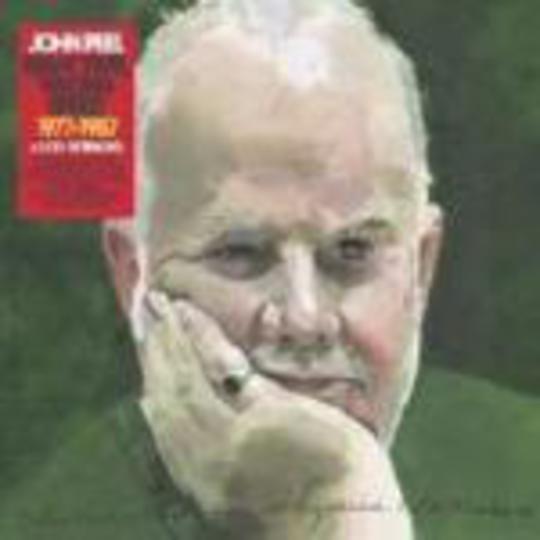 It's compilation time again, where parents and grandparents up and down the land debate on what cool little Johnny and Janie are gonna be listening to this Christmas. "Anything with that nice young man off _The X Factor,"_ says gran. "No, it's definitely got to be something loud and heavy, like The Darkness," says dad, none the wiser. "But I thought all the youngsters these days preferred that Eminem bloke?" asks grandpa, looking totally bemused. "Well I think that's the one," adds mum, pointing at_ Now 6032. _"It's got all those songs on it that DJ Daz plays daily on Ram FM."

Well I've news for you folks: you're all wrong. There's only one compilation you should be thinking of shelling out on this yuletide, or beforehand if you've got a spare tenner, and this is it.

Sure, you're probably wondering how many posthumous "John Peel played this"-styled releases are going to hit the shelves in the near future, but this is likely to be the definitive one. Right Time, Wrong Speed reads like a who's who encyclopaedia of the most influential artists of the last thirty years, moving through the early developments of punk onto roots reggae and hip-hop before ending up at electro, goth and post-miserablist pop.

Admittedly, there's also a chance you might already own a fair few of these records in one form or another, but to hear these 38 songs all in one sitting, under the same roof, really is a pleasurable, occasionally educational, experience.

Stand-out tracks are hard to pick out, as there are so many to choose from for different reasons, but the likes of The Cure's 'A Forest', The Jesus And Mary Chain's 'Just Like Honey' and Cocteau Twins' 'Musette And Drums' really do justify each of their creators' now legendary status. Elsewhere, it's difficult not to marvel at 'Birthday' by The Sugarcubes, if only because it highlights the fact that the band's main chanteuse hasn't recorded anything as dramatic or engaging since (contentious, that - Björk-loving sub-ed), while 'The Message' by Grandmaster Flash still sounds as fresh and vital today as it did back in 1982.

Of course, no celebration party for John Peel would be complete without his perennial favourites The Fall, and their 'Eat Y'Self Fitter' rant is as incandescent and barmy as anything Mark E Smith recorded before or after it.

Yep, this really is an awesome compilation, without a duff track in sight. It is worth every penny of the asking price, so what are you waiting for?