If You Fail We All Fail 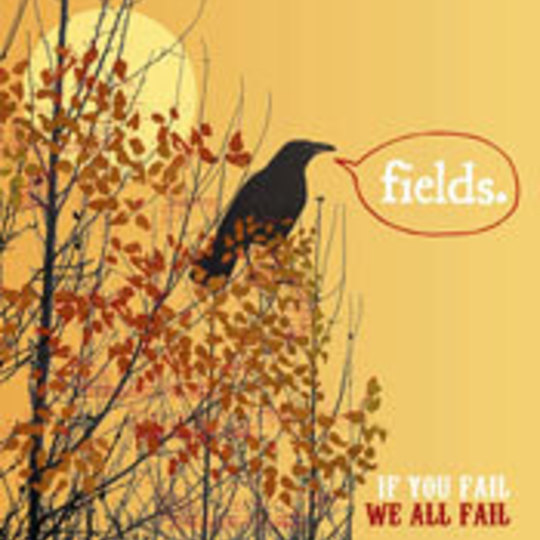 When you've a track like 'Song for the Fields' in your arsenal, you're always going to be up against it when it comes to unleashing new material on those who've already investigated you.

Being a relatively new band, though, Fields have the benefit of only now having their secrets revealed to audience outside of 'on it' London. This, their first single proper, serves as an excellent introduction to what they have to give.

Epic, cloud-watching pop that rings at times of My Bloody Valentine, as much as it does the hooks and melodies of Coldplay, 'If You Fail, We All Fail' is the kind of 21st century anthem that fits a toilet venue as much as it does a Wembley Stadium without the two towers.

Where Fields fall slightly flat on this outing is in the execution of their tunes. Occasionally lost in a sea of noise, there is a missing distinction between the chorus and the verses that would otherwise set it apart. It's not a big issue, though: the full version has a drawn-out ending that is so texturally thick and interesting that you could almost stand on it and look down at the people like ants below.

Slowly establishing themselves as one of the bands to watch in 2007, this is but a smidgen of what you can expect from the multi-national troupe in the months to come. Take this as your starter; the main course will blow you away.