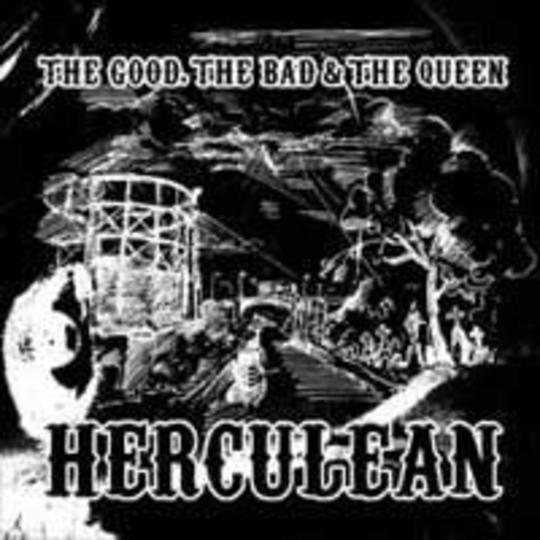 Since Damon Albarn returned from Africa with Gorillaz I've come to see him as a kind of musical safari hunter. In the same way that David Bowie was, but more Honest John and put under modern sedation. Whereas Bowie returned with volatile, dangerous creatures like Lou and Iggy, Albarn’s tastes and purposes led him to root through the undergrowth in search of a more composed but no less exotic species of performer. Plundering again from 'World' music (that most ethnocentric of genres) Tony Allen - credited, along with Fela Kuti, as the co-founder of Afrobeat - has been handed the sticks for this latest project managed by the icon of Britpop past. They wouldn’t be the only competitors in a tourbus game of ‘genre wars’, though.

‘Cause this time Damon’s been hunting closer to home. It's Paul Simonon, along with Albarn, who are at this band’s bruised heart - years of London lived in shades of grey and drenched clothes just pours through them and out into the music. The city always did look better in grey. 'Herculean'’s London is the home address of Mr Benn and imperial architecture, restraint and emotional suppression, humility and lagging Union Jacks. Allen, taking his skittering beats back from today’s dubstep pirates, pulls the track into a modern focus - four minutes worked into permanence through years of rhythm ‘n’ toil. Simon Tong’s guitar washes over the whole astonishing thing like sheets of Manchester rain flying through the wind and clattering against estate pavements.

As the project chimes into life, 'Herculean' finds Albarn “Standing on the dark canal, by the gasworks”; reflecting inwardly on the bigger picture ‘cause the murky water can’t. Lyrically, it veers from kitchen sink to ‘Heaven’, ‘Armageddon’, and aches along like the monologues of an old Whitehall suit in the full glare of a mid-life crisis. Try listening for traces of existential panic cutting into the chatter of two posh people as they idle into the oblivian hours on Radio 4. Then, if you spin a 45 of ‘Love Will Tear Us Apart’ at 33rpm - specifically those parts where the synth detaches itself and rides over Ian Curtis’ head - you’ll get something approaching this victoriously downbeaten slab of sound. If you listen to ‘Herculean’ through headphones, you’ll hear ghosts. Trust.