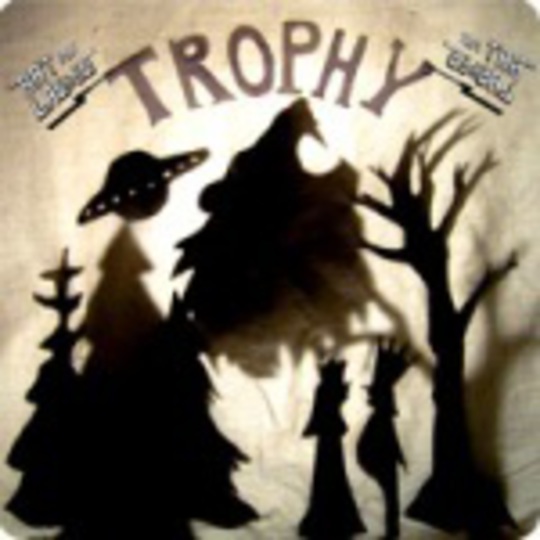 Bat For Lashes, perhaps, isn’t meant for this world: her lyrical landscapes belong in a fairytale, the imaginary environs of a bedtime tale told to generation after generation beside a barely flickering fire. Skilled in the way of the metaphor, Natasha Khan – for she is the woman behind this affecting voice – paints a thousand pictures with a single word, the forms of her creatures of mercy forever morphing and evolving across the course of this song.

Ghostly backing vocals from former Lift To Experience man Josh T Pearson add another spectral layer to a song that’s already dripping in atmosphere, spilling over in inspiring language and emotive vocalising. ‘Trophy’ is a song of protection, of the safe harbouring of a precious thing – the unspecified ‘trophy’ – that mustn’t be let out of its owner’s sight; support comes from an unnamed partner, within whose arms our protagonist finds a sort of Heaven. This sketched framework, a skeletal shell, allows the listener’s own mind to expand and explore, filling the gaps however they see fit. Like the best stories for children, ‘Trophy’ can be interpreted in dozens of ways – some adult-orientated for the more mature enthusiast of escapism, others absolutely not.

A precocious talent already leaving audiences amazed after just a debut album, Bat For Lashes here displays further evidence that hers is a star in perpetual ascendance. The world she shines down upon may be one populated primarily by humans, but in the shadows of Khan’s mind many a monstrous beast calls her an ally.