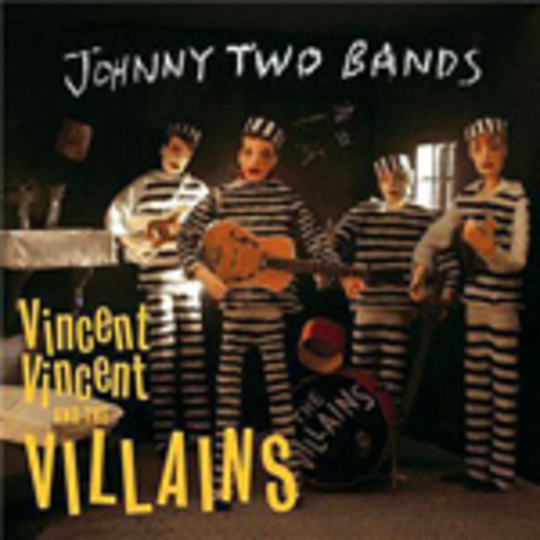 For a subtly spiteful parting shot, 'Johnny Two Bands' sounds a lot like meeting old friends; hugs and handshakes and excitable, breathless storytelling. **Vincent Vincent & The Villains**' debut single for EMI has all the hallmarks of showboating London indie but moulds them into something that doesn't quite bring you to urging with suspicious familiarity. There's that bumbling bassline playing with rolling toms, a slew of handclaps and a chorus filled with jerky stabs of guitar. It's indie-pop-by-numbers, but unlike the output of many of Vincent's capital-dwelling ilk, it's actually fun. Following the vastly premature disbanding of Les Incompetents, it's pleasing to see the Villains carry on their sense of spirit and showmanship.

B-side 'Seven Inch Record' borrows a little more from the Art Brut school of self-referential bravado ("So run and tell your mother, it's a seven-inch record with the Villains on the cover!"). A vaguely throwaway number caught between a surf-rock bassline and a '50s pop-rock strum, it arses about for just over two minutes, perhaps more for their enjoyment than ours.