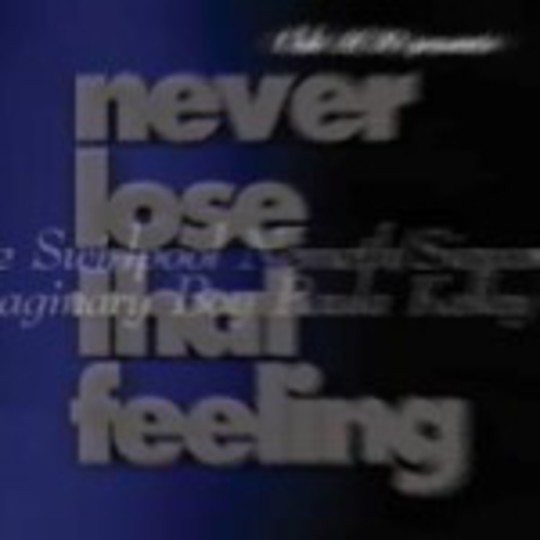 London collective Club AC30 have shown that a combination of sheer hard work, a good ear for noise-infested tunes and dedication to the cause are enough to restore anyone's faith in a much-derided, long-forgotten genre to the point of reverence.

Their cause for celebration revolves around the late '80s/early '90s phenomenon for loud and distorted guitars, whirrs of feedback and dreamy, incandescant vocals, also known as 'shoegazing', and Never Lose That Feeling #2 follows on from last year's compilation of new and established artists covering some of the genre's most-feted moments from way back when.

While some of the artists here stick closely to the originals, particularly the covers of My Bloody Valentine's 'Soon' and 'When You Sleep' by Japanese duo Hartfield and LA project The Swirlpool respectively, others have chosen to reinterpret blueprints in their own inimitable way. It's these which stand out, like a Belisha Beacon in a foggy midnight sky on the west coast of Cornwall.

For example, Piney Gir takes Catherine Wheel's previously riff-mungous 'I Want To Touch You' and turns it into a simplistic, minimal beatbox-in-space reading that makes both shoegazing and the even more blighted trip-hop genres seem briefly redundant by comparison. Likewise the gorgeous 'Black Metallic', another Catherine Wheel blast from the past, where Nashville's Hammock turn it into a spacious, ever-so-slightly sprawling epic of mellow-centric beauty. Elsewhere, My Life Story frontman Jake Shillingford's current guise Exileinside re-create Chapterhouse's 'Pearl' as a gigantic, orchestral electronic masterpiece of bold ambition that works from the first beat to the last note, while ex-Luna guitarist Britta Phillips' sultry take on Spectrum's 'How You Satisfy Me' is both sensual and orgasmic to the extreme.

On the whole, Never Lose That Feeling #2 doesn't contain a duff track among the sixteen comprising the collection. It not only makes you want to search high and low for the originals, but to also seek out some of the lesser-known artists' own works, too.

Another essential compilation, then, that will only leave you drooling for #3.