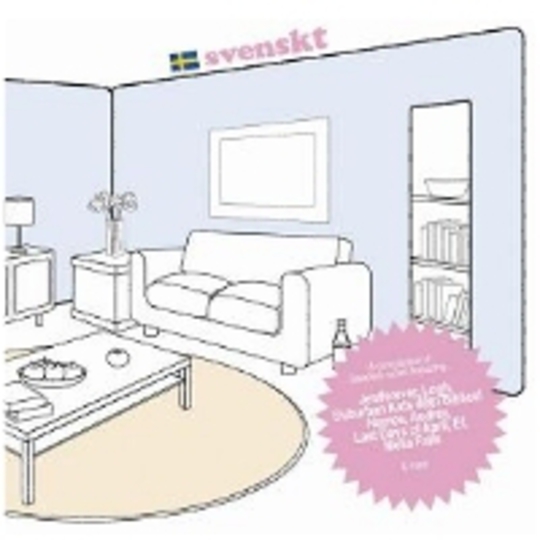 What springs to mind when you think of the music of Sweden? I’m guessing that for a large percentage of you, the name ABBA will crop up. Sad really, because it’s certainly not very indie-savvy. Svenskt, a compilation of exclusively Swedish music, should change what you think you know about the country’s musical exports, and hopefully spark love affairs with at least one of the bands featured. You see, the Swedish music scene has a lot to offer. On the basis of many of the artists featured here, Swedish music is stronger than ever.

Molia Falls are the first band to appear on Svenskt – an instrumental four-piece hailing from Ängelholm who seem to defy musical genres. Their style purveys refined, lush soundscapes, and while not strictly post-rock, that’s the closest you’ll get to pigeonholing their sound. A while back, DiS reviewed a little-known band called Audrey (DiS review here), whose debut albums had us up in arms. ‘Views’, a track taken from that album, justifies why it received a high score – stunningly atmospheric pop-rock from a band that will undoubtedly go on to very big things. Hear for yourself.

It’s unlikely that you would have come across many of the artists on_ Svenskt, and that’s what makes this compilation stand out from so many others on the market at the moment. Aside from Jeniferever, the majority of the bands are previously unknown to these ears, and for the most part the new discoveries featured are a real treat. From the punk racket of The Sound Of OE, to the post-hardcore sounds of KVLR, _Svenskt has something for everyone. A few tracks from the eighteen pale in comparison to the highlights, but if this compilation provides a fair representation of the music of Sweden, then it’s time we all sat up and listened.

Buy Svenskt for £7 from the Big Scary Monsters website, here.