Songs From The Lodge 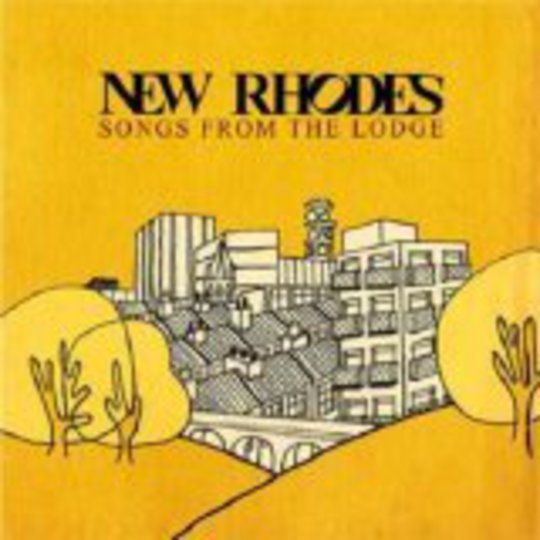 Do you ever play that game where you bet what words will enter the dictionary next? I didn’t think you did, but I wonder how long it’ll be before ‘meh’ gets put in there somewhere after ‘mega’ and before…uhm…‘rubbish’.

Because, to be honest, it’s hard to think of any other word to approach New Rhodes with. I want them to be great, to be as anthemic and assuring and ambitious as they suggest, but it’s hard not to expect them to slide neatly into the landfill of Bloc Party-lite Britpop revivalists being eagerly snapped up at the moment. It’s not like they’re incapable of it, as Songs from the Lodge builds to a heady introduction and in a burst of hi-hat and bass welcomes ‘You’ve Given Me Something I Can’t Give Back’. It’s great, a flurry of drums and poignant longing and eager guitars and "ooh-ooh" backing vocals and encouraging, but alas unkept, promise. Because it’s sharply downhill from there, and as second track (ironically titled ‘I’m Bored Of You’) says at its very beginning, _“It all started so well, it seemed unlikely that we could fail…” _.

Fail it does though, unless it was aiming to provoke anything but relentless indifference. It’s not even the sort of indifference that makes some bands intensely frustrating, even with this almost (yet not) heroic lack of invention and bad Morrissey impressions that would make even the bloke from Gene chortle. Occasionally the treble-bothering intros (a prime example being ‘She Said No’) make them sound like a neutered Bristolian Strokes, and the inclusion of a string section in the last two tracks is a belated attempt at something resembling grandioseness. But amongst the strikingly uneventful choruses and deep warbling I feel…nothing.

It’s not bad, it’s not good; it just sits in the stereo and wilts. As a wise man once said, that was powerfully average.

Nature of the Experiment