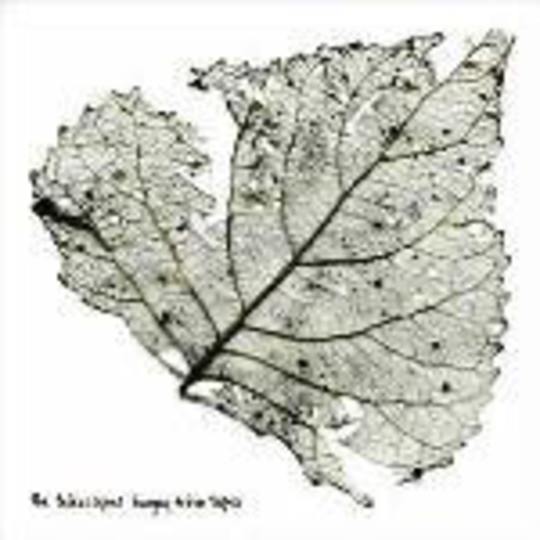 It’s a marvellous occurrence of modern music when the brilliance of a record is directly proportional to how fascinating the list of instruments is. It’s as if the exhaustive sleeve notes of each sound heard doubles up as the lyrics sheet for this largely instrumental music, like each sound is chosen for poetic resonance as well as its sonic beauty. Here we’ve got broken Hammond organs, bedsprings, penny whistles, silver foil, Theremins, elastic bands wrapped around Top Trump cards, saws, banjos, projector reels, flugelhorns and something called a Mooger Fooger. I don’t think I really need to tell you that this EP is extraordinary.

And extraordinary it undoubtedly is, being the latest release in a continuation of The Telescopes’ startling return to recording. Their nine-year hiatus has obviously not dimmed their imaginations and, whilst hungry audio tapes is hardly a carbon copy of songs from their Creation days, it does prove that they could have been one of the truly great proto-post-rock bands. Yet although this half an hour of sprawling soundscapes is experimental to the core, there’s something about the EP that is perversely accessible – maybe it’s something purely functional, perhaps the brevity of the affair or the nostalgia effect for veterans of the dingy early ‘90s, but it comes across as much less impenetrable than those instrumental-core noise-smiths undeniably in their debt (Explosions In The Sky, Godspeed You! Black Emperor, even Mogwai).

In most cases, it’s the mastery of rhythm that probably fuels the record’s dark playfulness. Opener ‘another sky’ (no intrusive upper case here, of course) is most like lead single material, if of course the radio were willing to playlist the sort of spiralling atmospheric cacophony reminiscent of Thurston Moore remixing with knackered old doorbells. But otherwise, these songs thrive on ethereal metronomic pulses and groans, like ‘household objective #2’ with its soft, hypnotic beat, letting each lurch of noise buzz delicately around it like clouds shifting in the same stark blue sky. In some cases, like the besotting ‘demon landscape’, it’s an ambient vision turned up, a swarm of noise slowly bulging out of the speakers until, eleven minutes later, it disperses into a tide of gorgeous feedback. But as shown in ‘winter #7’, with its mantra-like vocals and stifled brass section, this is just what songs would sound like stretched, contorted, sandpapered around the edges and stripped of all the audio that just isn’t gorgeous enough.

This is the soundtrack to the details in everyday magic, and probably the closest any band has got to distilled beauty on wax for a long time. Best prescribed with headphones on, staring out of a rain-splattered window, wondering why you’ve never spotted just how engrossing the faintest of grand gestures can be.