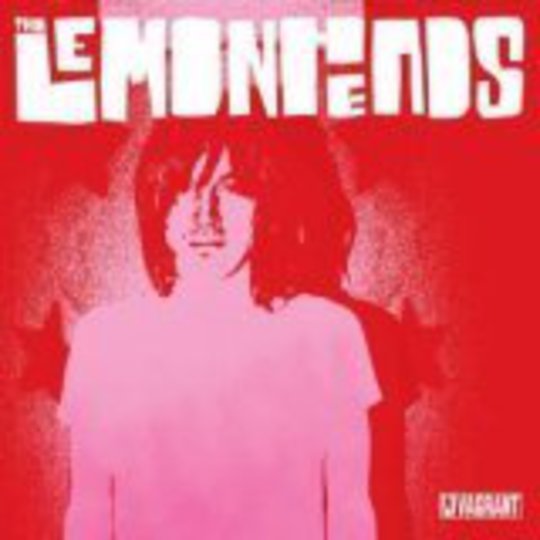 Around the time Kurt Cobain and company were putting the finishing touches to Nevermind, another band from across the pond were about to enjoy their first taste of international success, following nearly six years and four albums of trying. Indeed, if Nirvana's big, no-holds-barred power anthems had the guys' vote, then The Lemonheads and their picturesque frontman Evan Dando's mugshot adorned a million teenage girls' bedroom walls.

But of course, A Shame About Ray - undoubtedly the highpoint of The Lemonheads' career - came out in 1992, and the world and its musical tastes have moved on since.

So what we have here then, after a ten-year hiatus (as The Lemonheads, at least), is the band's eighth studio album with as unimaginative a title as is humanly possible. Fortunately, the lengthy break seems to have re-ignited Dando's embers, particularly those stoked up around his early '80s punk-rock roots, as not since 1989's Lick has he really let his (much shorter these days) hair down and rocked out with such aplomb. Indeed, this post-millennium version of The Lemonheads even features two stalwarts from that aforementioned era in the shape of ex-Descendants Karl Alvarez and Bill Stevenson, who also lists Black Flag as one of his former employees.

If their last record Car Button Cloth sounded like a stranded little boy in the middle of a desert island surrounded by waves and Britpop, then The Lemonheads is pretty much a one-dimensional exercise in how to combine the snotty excess of punk and combine it with the saccharine jollities of pop without overdosing on the sweet stuff. More to the point, Dando seems readier than ever to confront every nemesis that has perpetuated the last decade with an indignant two-fingered salute. 'Steve's Boy' runs along on a tank of energetic fizz, with the lyric _"You can't break me, you can't make me go away" _revealing itself every third line as a reminder that he's back and hungrier than an anorexic wolf.

Elsewhere, opener 'Black Gown' deceives and flatters at the same time, starting out with a piano-led funeral march intro before turning into a speed trip to the Bowery circa 1978. 'In Passing', meanwhile, sees Dando making back-handed jibes at an old flame - Misses Hatfield or Ryder perhaps? - as his "If I'd known you were coming I'd have stayed away" riposte clearly illustrates.

Even when the tempo is slowed down, such as on current single 'Become The Enemy' or seductive ballad 'Baby's Home', Dando's ear for a tune and tongue for a bilebashing come to the fore in admirable fashion.

For latecomers to The Lemonheads this record isn't a bad place to start. For long-term fans it's a sure sign that Evan Dando isn't ready to be written off just yet, and while there isn't an obvious grab you by the bollocks and twist 'em round 'til you fall to your knees statement of intent like 'Alison's Starting To Happen', there's ne'er a dull moment either.