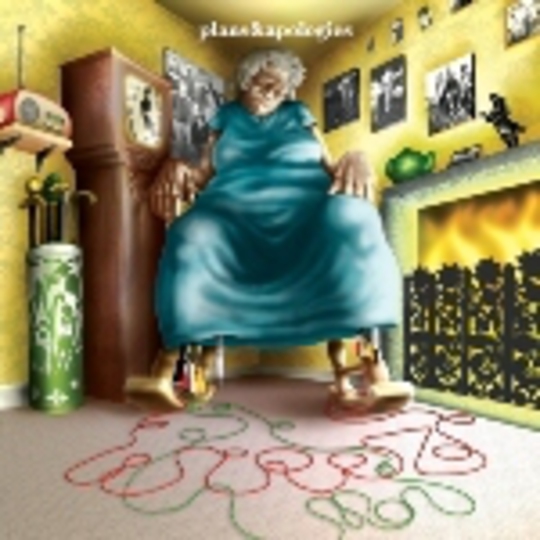 It's lucky I've held back on this review for a while because it takes time to fully appreciate the glory of Plans & Apologies' latest creation and, for a minute there, I couldn't see/hear what all the fuss is about. It's a complex, multifarious beast, one that not only rewards multiple listens but seems to demand them: first time out, I thought the vocals on lead track 'Two Left Feet' sounded a bit like Pavement and the rest sort of washed over me – the way good music shouldn't. In my head, the piece was beginning to write itself.

Stop!, I thought; this isn't right. It can't be. I could sense there was something more to this seven-piece, and that something compelled me to listen again. Then on repeat. Loudly. With the lights off. It worked! Tracks like 'Curry House of Horrors' soon became more than just a silly title. Y'see, Plans & Apologies have this fantastic tendency to start off playing quite serene, almost twee, indie-pop that's remarkably easy on the ears before unleashing something instantly beguiling. Be it a crazy guitar break, shards of white noise or even random whooping, P&A aren't happy just to make people smile the whole time; they'd much prefer it if you contorted your face in sheer bewilderment before breaking back into a Cheshire Cat grin.

It's my belief that half the members listen religiously to early '90s American rock, whilst the others are all committed Satanists who refuse anything but Slayer or Mogwai. When it comes to recording, the latter faction sit at the side of the studio looking mighty pissed off, waiting until three-quarters of a song is done before grabbing their instruments and producing the evil,_ evil noises you can hear in places on this record. If you've heard snippets of it and are thinking, "what the hell is he on about?"_, I implore you to listen again – six times in a row.