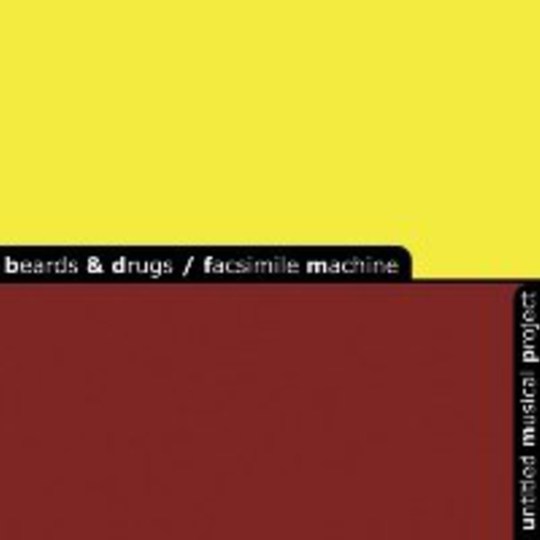 Untitled Music Project mainly strike me as a mixture of Motorhead, Beastie Boys and Bleach. High tempo and high intensity; the odd wail of feedback; guitar solos of the pneumatic drill kind rather than the six-string-shuffle kind; vocals which sometimes yell and sometimes rap; sarcastic, grungey bass-lines. Snooty, robustly humoured and with plenty of breakdowns into incoherent-seething-wall-of-noise gibberish, it’s music with momentum and punch of the damn near tangible kind – a kind of upstart hardcore.

So: UMP have a 50-50 division between elements which I really appreciate, and elements which belong firmly in the camp of ‘music I never, ever listen to’. Which means I could almost write two reviews for them: one saying “Woo! Full-on sarcastic attitudinal noise-attack rock!”; and one saying “Ack, screaming hardcore noise – je n’ai comprend pas.” Which means I’m never going to listen to this again, because the bits I don’t like mean it’s not a very enjoyable listening experience for me.

But the bits I do like mean I’d encourage anyone who actually does listen to this sort of thing to check this out, and that if you like it I will understand that liking of yours rather more than I do your liking for most stuff like this.

Does that make sense? Good.