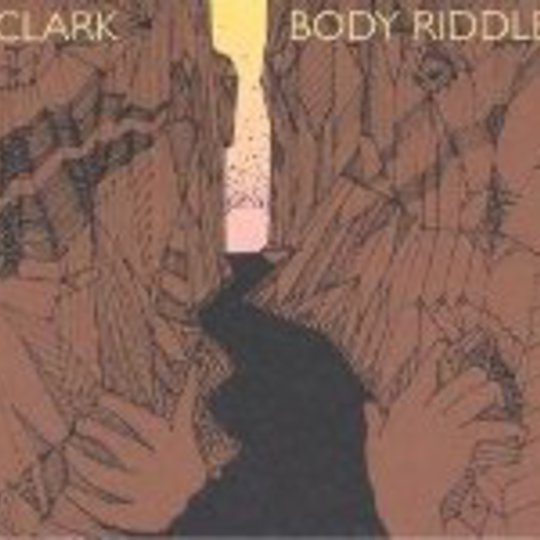 Convenience, although initially welcomed, ultimately leads to laziness. That Tesco Local that opened where once a butcher’s traded might pack half-a-dozen local shops into its four walls, but the sterility of the place – evenly spaced products on wipe-clean racks bearing language-less barcodes and two-for-ones on junk your body can’t digest – eventually drives you back to something a little rougher about the edges, a place where onions fall into the space set aside for potatoes, and the shopkeeper doesn’t wear a name badge. Once in a while it’s a challenge to lend this attitude to musical critique, to ditch all convenient references and convey thoughts, feelings and conclusions without hanging each paragraph on a pre-defined genre-born pigeonhook. Sometimes it’s refreshing, invigorating, to think your way around and through a release without resorting to one-sheet facts and figures or parrot-fashion reciting of preceding acclaim or distain.

Welcome to such a piece. We’ll make it up to you later.

Chris *Clark *wants you to know him by his surname only. That, we’re fine with; what we feared – what I _feared – is that somehow this abbreviating of record-sleeve nomenclature would in some way affect the music contained within it; I worried, with no real reason, that _Body Riddle would be a more minimalistic affair than previous Clark efforts, those where he felt no desire to trim his perfectly-acceptable non-nom de plume. I feared a bleep-this and click-that series of cold and calculated compositions, billboard buzzes from some futuristic dystopian metropolis probably not all that far from the present day; a Steven Spielberg visions of tomorrow’s mankind marching to an off-kilter chatter-beat. I neglected to play Body Riddle until curiosity killed my cattish tendency to circumnavigate its sleeve come time for another record, something that lasted a good two weeks. How foolish, such needless hesitations, such irrational dread.

Body Riddle is warm and welcoming, an aural embrace from a friendly face; it’s a complex sci-fi patchwork of glacial chimes and skittering computerised percussion. What it is not is a by-the-book record, an album owing its existence to the successes of others and holding itself in a wholly imitatory manner. Only those with ears clogged by chugga-chugga retro-rocking chart-bothering acts will turn to the record’s owner and state that it’s “Just like that Aphex freak”. Here, grand electro-orchestral swoops cast lengthy shadows over hip-hop beats, steel drums shake rattle and roll away while a Beethoven-conducted army of microchip musicians and string section processors stirs the soul in a wholly organic, natural, patient manner. This isn’t immediate, this collection of mini symphonies; Body Riddle requires time and careful attention, each nuance needing a degree of focus few albums are ever afforded. Comparisons could be made, but not here: that would equal laziness where such an attitude is to be abhorred. Any implications must be conducted without A sounds like B statements of utmost obviousness. Well, Aphex citation aside.

‘Herzog’ dances, dazzling and firefly-like, across an early summer’s evening sky; its wayward shifts of sound – left to right, invisible waves of static and laser-blast sonics – mesmerize, rendering the headphones-wearing listener powerless to resist the pull of a tremendous black hole that appears from nowhere, a crescendo of typewriter keys and bicycle bells echoing from its core. Once sucked in and spat out the other side, ‘Ted’ is a gold-plated Flat Eric pounding his face into a bassbin, inside a tinny-tin waste bin, while Osama Bin plays My-First-Risk with Dubya and Tony B before retiring to his harem of Cherie and Laura look-alikes. What he does with the funny-faced puppet once the curtains are closed, only a fly on the wall is privy to.

A mood is maintained throughout – one of adventurous playfulness, reckless U-turns and eyes-tight-shut descents into unknown territories. Voices, disjointed and alien, chant as the Clark-piloted shuttle cruises into ‘Roulette Thrift Run’; the ceramic protection plates ensure nobody’s backside is toasted as the album takes another about turn into wailing whale song and metal-on-metal scrapings before hip-hop beats cascade from the clouds like cats and dogs. Hidden in the mist is a message, but it’s undecipherable amongst the melee of must-nod-my-head thumpedy-thump thwacks and smacks. ‘Matthew Unburdened’ finds us back in Gulf Stream waters: seasonal differences can lead to disastrous conditions at sea and on land, and Clark’s colossal album highlight – a monstrosity of mixed-media uppers and downers and sideways glances and blindsiding blows – knows not whether it foretells of drought or flood. All anyone can do is sit tight and wait the storm out.

When the rains come, they’re necessary and reinvigorating. Stark piano keys lull one and all to slumber, before a nightmare manifests itself click-click-bang style. Fractured and frantic beats are wielded like blow darts, welded to a staggering compositional core that lurches, hunched, rather than races. Come the beginning of microscopic opera ‘Night Knuckles’, though, any fears of becoming entrenched in darkness are evaporated away by glorious falling stars. The song is a thousand angels’ emergence on a plane other than the astral one, tens of millions of ants ringing miniscule hand bells to signal their heavenly presence. It’s gas-to-liquid droplets converging on your forehead, running down the bridge of your nose and falling into your open palm, glistening like a life-giving elixir before trickling into the soil, absorbed. A track later our master meets his maker, as the gear-grinding ‘Autumn Crush’ is quite literally obliterated by its own weight, distant crackles hauntingly received on broken two-way radios.

Roughly a million apologies to dislodged attentions: in summary, Body Riddle is a magnificent album that needs no sounds-like window dressing to appeal, as its core, its soul, is more fantastically enrapturing than anything inevitable reference-point artists have produced these last few light years. It’s cold, this sterile world of convenience, of on-your-doorstep everythings; let a little sunshine and sustenance from an entirely unexpected source warm your heart and fuel your fires until the Earth itself is consumed by the very star that gave it life. There’s nothing to fear here, really: Clark’s latest voyage to the centre of a place more amazing than your never-dared-dream fantasies is a divine delight from start to finish.

We Came To Take Your Jobs Away