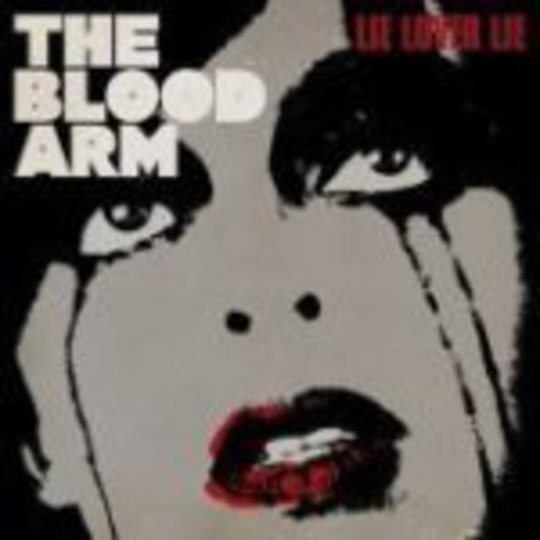 Friends with The Strokes? Endorsed by Franz Ferdinand? For some, the that information would warrant a purchase of a band's record before actually listening to the thing – but equally, it might turn people off. Before we go dishing out the superlatives, let’s see if the little buzz around The Blood Arm, and their second album Lie Lover Lie, is justified.

The Blood Arm are not your bog-standard indie band. I, and many others, will resent any comments to said effect. Yes, angular post-punk has been done to death a thousand times, but re-treading ground is not this band's forte. The Blood Arm put a spin on the genre, raising it from the ashes left by post-punk stalwarts The Fall and XTC. Opener ‘Stay Put!’ backs the above statement up, while acknowledging the fact that fun pop doesn’t always have to be throwaway. Continuing in the spirit of things, ‘Suspicious Character’ is at best infectious, and at worst annoying, whilst ‘Going To Arizona’ is as epic as the title perhaps suggests, replete with childrens choral backing and ubiquitous piano.

Guitars take a back seat in The Blood Arm’s sound, as this American four-piece are armed with a piano in their repertoire. Make no mistake, though, as there are no interminably boring pop-rock ballads here – The Blood Arm make the piano sound as vital to contemporary indie music as guitars are to metal.

For all its instrumental charms, though, this approach does start to wear a little thin towards the latter half of the album. It becomes increasingly clear that singer Nathaniel Fregoso has little vocal range, and that oh-so-revolutionary piano does begin to sound a little tired. Album closer 'Dolores Delivers A Glorious Death' redeems the record's minor failings: it's a happy little jaunt, which successfully bolsters the number of tunes on the album.

Lyrically, Lie Lover Lie dabbles in fun (“I love all the girls, and all the girls love me”), the melancholic (“We’re gonna leave our sweethearts, when they least expect it”), and everything in-between. Like the lyrics, the album itself is charming, exciting and - most importantly of all? – endorsed by Franz Ferdinand. Wow.