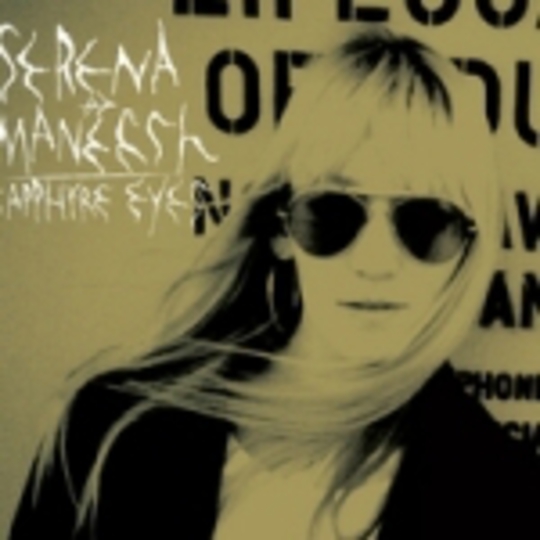 The problem with singles is that in most cases it's very hard to get a definitive idea of a band's overall sound from them. This problem exists with even the most one-dimensional band or artist, and so with hard-edged Norwegian shoegazing five-piece Serena Maneesh, it becomes almost impossible.

In fact, due to the amount of editing that 'Sapphire Eyes' has gone through before being released as a standalone track, you don’t even have something that represents what you'll hear on the track's parent album. Here stands a song full of adrenaline, pounding forward with black squalls of oil-drenched guitars and sighing vocals, its leather boots dipped slightly in pools of echo; yet on the album it weaves a lighter blanket, much closer to My Bloody Valentine’s much-lamented sonic cathedrals than garage-rock.

Granted, on the single there is no resemblance to the substance black-holes of The Datsuns or The D4, but the once-wonderful wall of sound has a more pockmarked appearance now, and is inked with graffiti. A comparison could be made to Metric - both acts match seductive female lulls with razor-sharpened riffs. However, this comparison is rendered useless when extended past this particular single.

On its own, 'Sapphire Eyes' is an impressive song that deserves to be held up to the spotlight, but as an introduction to the band it has as much worth as an Ashley Cole lecture on hard graft. If you want to experience Serena Maneesh as they should be experienced, then purchase their self-titled album. It is a work of art that puts most bands trudging the post-rock and shoegaze road to shame.