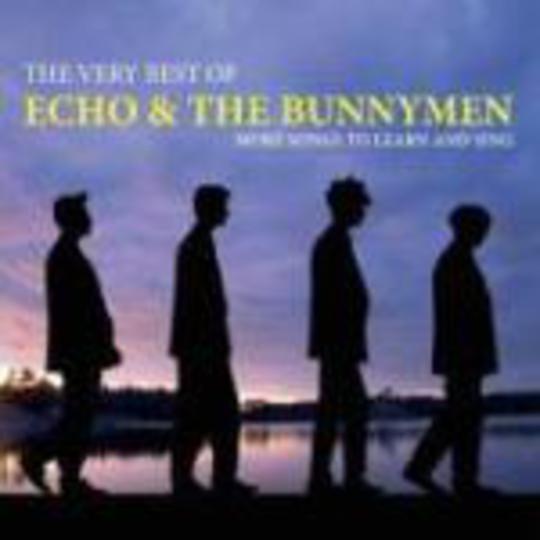 With Christmas not that far away (91 days at the time of uploading!), expect a glut of 'Greatest Hits' compilations in the next few months. Scouse post-punk legends Echo And The Bunnymen get their two penneths in early with More Songs To Learn And Sing, which is, incidentally, their third 'Best Of'.

Which begs the question: if you've already got either of the others, why would you bother spending your hard-earned cash on this?

Well for starters, More Songs... wraps up the band's more recent efforts, and the likes of 'Nothing Lasts Forever' and 'Rust' must surely be cited as the forebearers to the ensuing new acoustic movement that Coldplay and Starsailor spearheaded into the new millennium. Thankfully, though, there is no place for the Spice Girls/Ian Broudie collaboration for the 1998 World Cup '(How Does It Feel To Be On) Top Of The World'. On the downside though, debut single_ 'Pictures On My Wall'_ and the title track from the band's opus grande Crocodiles (represented here with the solitary inclusion of 'Rescue') are scandalously omitted.

On the positive side, though, More Songs... does come with an eight-track DVD that features the promos from some of their best known songs, including 'The Cutter' and 'The Killing Moon', recently resurrected in celluloid thanks to Donnie Darko.

I suppose there are a lot worse ways to part with your dosh - thankfully the one saving grace from Echo And The Bunnymen is the timeless nature of the songs themselves - but surely there has to come a time when someone (and that someone will have to be us punters) says, "Enough is enough". The countless spate of annual anthologies from any artist with a ten-year-plus back catalogue has now reached a point of saturation even the depths of the Pacific would struggle to cope with.