Lights In The Trees 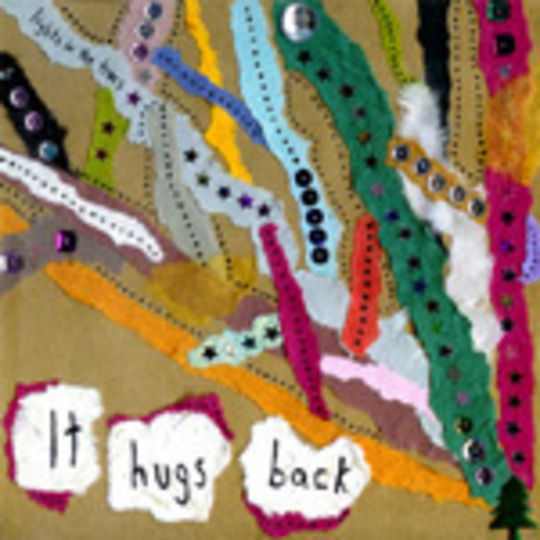 Aww. Put your gloves and scarves on kids, as that sound must be winter drawing inwards. Unless, of course, it’s simply the sound of the new single from It Hugs Back, reminding us that even the most shimmering of glacial indie-pop can be soft as snow but warm inside.

Not merely content with introducing us to two of the finer glam rackets this year, namely singles by 586 and Tiny Masters Of Today, Tigertrap Records have now found a way to weaken the knees of anyone who remembers gazing at their shoes as they dance. As is befitting of their name, It Hugs Back have created in ‘Light In The Trees’ what feels like two and a half minutes of being embraced by a large, gooey acoustic guitar, with breathy vocals and tender noise which soon dovetails into a gaggle (or whatever the collective noun for musical instruments is) of cackling saxophones. If fan fiction was invented at the better end of the nineties, this would be the soundtrack produced if Evan Dando and Kevin Shields were making love in a log cabin, but making sure they didn’t wake the neighbours up.

Evidently trying to avoid any conceivable chance of breaching the Trades Descriptions Act, meanwhile, means that B-side ‘Soft Spot’ is even smaller, gentler and more vulnerable; it’s the sort of thing that would have easily been at the forefront of the New Acoustic Movement (in the nicest possible way) simply by being so bobbly and cute. Both songs may be here and gone within four minutes, but if your icy heart cannot be defrosted by such undiluted loveliness in that time then brace yourself: it’s going to be a the harshest of seasons.