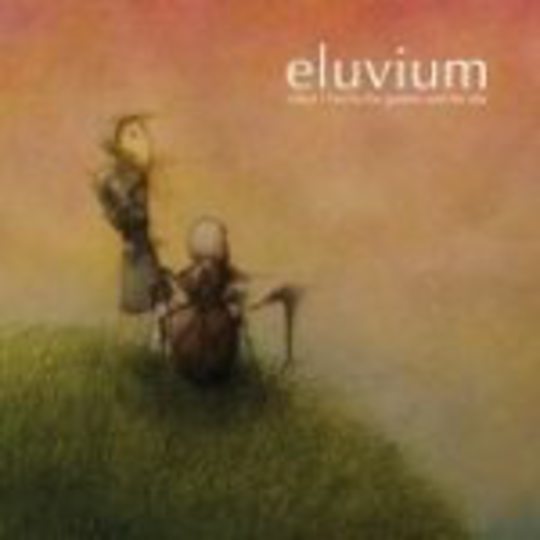 Has there ever been a moment in music that has moved you close to tears, changed the way you think about music, or perhaps left you speechless with awe? Moments like these can happen at sporadic times, catching you unaware, rendering you unable to function for a brief few seconds.

Aural avalanches of beguiling noise, contorting classical piano, surrounded by a cylindrical wall of decaying ambience designed to drop your jaw – this is the work of Matthew Cooper, who goes under the moniker of Eluvium. Spanning a mere four tracks, Eluvium’s stop-gap EP When I Live by the Garden and the Sea is a perfect showcase of Cooper’s talents, blending ambience with classical, while alluding to the soundtrack-like textures of Stars Of The Lid.

On 'I Will Not Forget That I Have Forgotten’, Eluvium takes ambience as its starting point. But rather than taking the usual Brian Eno stance of creating mere background music, Cooper makes music that is an aberration to the norm. Intrinsically linked with the work of Eno (most notably on ‘All The Sails’) with hushed tones and succint washes of sound colour, but displaced by building soundscapes, the EP works best during its build-ups. The opening track quickly unravels itself, escalating until the sonic barrage of ambient noise reaches its other-worldly peak, succeeding in stimulating the senses, transporting you to another place – detaching you from any earthly distractions. On the refrain, the quieter soundscapes carry ethereal tendencies, but still draw parallels to the epic resonance that preceded it – soaring majestically, albeit 50 decibels quieter.

After the sonic-grandeur of the EP’s opener, the three remaining tracks slowly drift off – restrained in its scope, but still heart-achingly beautiful. Replete with a soundtrack-like backing, the songs conjure up memories of The Dead Texan, whose ambient works evoke the same awe-inspired reaction as this EP.

Matthew Cooper’s ability to seamlessly merge colossal towers of noise with intangible ambient textures is something special, as is the quiet refrain from noise that permeates the sound of the rest of the EP. Each track is linked in its widescreen sound, as if it’s slowly unravelling a story – a story which starts which starts in manic possession, and ends in a settled retention. The story, though, never reveals its theme – despite sampling a deranged Tom Hanks from The ‘Burbs, the album never gives away its meaning, giving us no clues to if the record is more than just an outing in sonic experimentation.

Eluvium’s music is the stuff that moves you close to tears, changes the way you look at music, and leaves you momentarily speechless. This _is_ music that leaves you unable to function, even if it is for a mere few seconds.

The Boy Least Likely To