The Boy Least Likely To 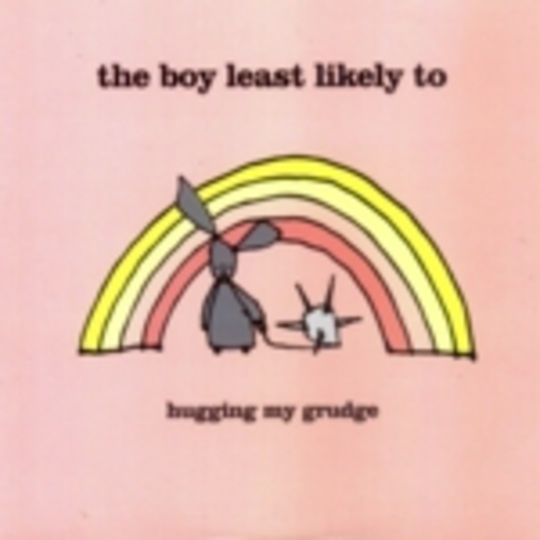 Reality television, romantic comedies and Kelly Osbourne: these things fill me with a certain loathing, a simmering rage deep inside, until I swear that when I am Mayor of Earth there will be a law passed to contain the presence of all three, until they are but a distant memory. It’s strange someone should suggest keeping these things close by, content with the heartbreak it brings, but that’s more or less what The Boy Least Likely To extol.

A wistful slice of (mental) self-examination, the twee-pop of ‘Hugging My Grudge’ is like Belle and Sebastian meets the Super Furries. With soft, chorused vocals and a quietly drifting, acoustic-led sound, the latest offering to be taken from 2005's The Best Party Ever feels lighter than air, happily ambling along like an old jalopy down a quiet country road. But as the vocals lead us on a journey of quiet introspection building up to a bounding, jolly chorus of “I don’t think I’ll ever be happy unless I’m unhappy and hugging my grudge”, something about it doesn’t quite ring true.

Perhaps it's the bop-along, hoedown bassline or the wet lyrical content, but despite being a decent enough pop song at heart, 'Hugging My Grudge' struggles to leave much of a lasting impression. Initially easy enough to like but hard to really love, trying to immerse yourself in this is like trying to share in someone else’s fondest memories: you can be told how to feel, but it's tough to actually experience the elation first-hand. I don’t care how happy they seem, there’s still no way Kelly Osbourne’s coming anywhere near me.