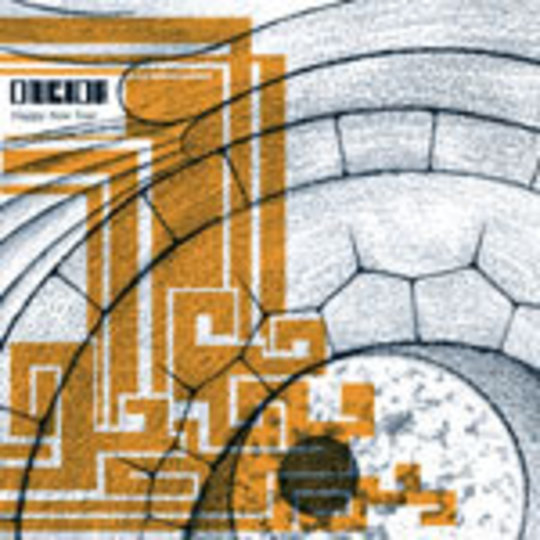 Never ones to slip their not-so-slight frames into a solitary musical mould, Brooklyn’s Oneida have again conjured a record of greatly diverse styles, the sole constant being the tried-and-tested echoes of Krautrock-style repetition that underpin each and every hop ‘n’ skip from compositional approach A to sketched blueprint B.

Curveballs are predictable, but never unwelcome: the twist from ‘The Adversary’ to ‘Up With People’ is among the most noticeable transitions, primarily because of the latter’s pulsating dance beat which springs from the speakers like a herd of impalas pursued at pace by a pair of lionesses. The segue from track three to four is the album’s first indication that, despite this record’s accomplished coherency, Oneida aren’t about to deliver a collection of sound-alike songs any time soon. The following ‘Pointing Fingers’ moves further still into electronic territories, its buzzin’ and cracklin’ core tickling the senses like a feather on a foot’s underside.

Drones and chants dominate a handful of songs, recalling the transcendental moments of detachment that peppered last long-player, 2005’s slightly psychedelic The Wedding. If that album was thematically celebratory though, an exercise in jovial expression, then its successor is a more introspective beast. ‘Busy Little Bee’, for an example, is a sweet-and-lo-fi lullaby that’s gentler than certain acolytes may expect, even considering the last album's periods of stillness. The serenity is shattered soon enough, though, by the skewed electro-pop of ‘The Misfit’ and its bleak lyrics seemingly born of a nightmarish daydream: “He interlaced his fingers round my spine, between my ribs / Now I know that people die by telling themselves fibs”.

Closer ‘Thank Your Parents’ accompanies its equally dream-like lyrical imagery with jaunty jazz piano lines that leave the listener on a high: for forty-five minutes Happy New Year wears a myriad of masks, but its makers’ faces remain the same throughout, their voices and messages constant. Come the final fade-out, its audience – be it one formed of many souls or a sole individual – should feel a sense of completeness: this is a record that, once all has been said and done, leaves no stones unturned and no tangents unresolved. It’s possible that this rounded final feeling may leave some fans clutching at half-realised reasons to re-explore these eleven songs, hoping for previously-hidden layers and hitherto unheard depths, but so far as newcomers are concerned: hop on here, while Oneida are perhaps at their most accessible, and discover one of music’s most inspirationally inventive outfits.

Mama Your Boys Will Find A Home