Mama Your Boys Will Find A Home 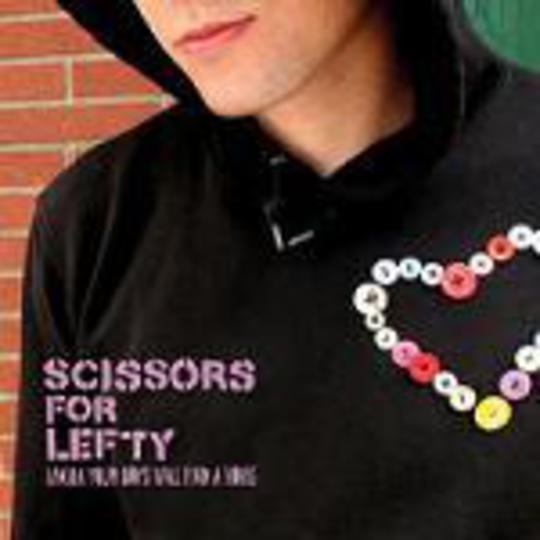 Good band name; somewhat embarrassing song title. And the song itself? Well, San Francisco outfit Scissors For Lefty display a number of the traits one associates with uber-English pop: a bouncy tune, near-spoken vocal bits and that odd sort of downbeat perkiness. You know – the “Well, it’s all a bit of a decaying mess… but hey, I just gotta dance!” outlook.

This basic framework is boosted out of predictability by the addition of elements which could almost be described as cabaret: random outbursts of falsetto in the vocals; clanking fairground organ; attacks of whistling; a general sensation that the band could at any moment break into a shoddily choreographed dance routine and incite the audience to join in.

Quite why the press release describes the resulting noise as 'modern', I’m not entirely sure – there are no new tricks on show here. But hell, there’s an audience for everyone in this wonderful world, and I’m sure loads of people will appreciate this marriage of toe-tapping indie-pop and vaudeville glee. To my mind, however, all this gurning chipperness makes for a sound which seems more palm-itchingly slappable every time I listen to it.