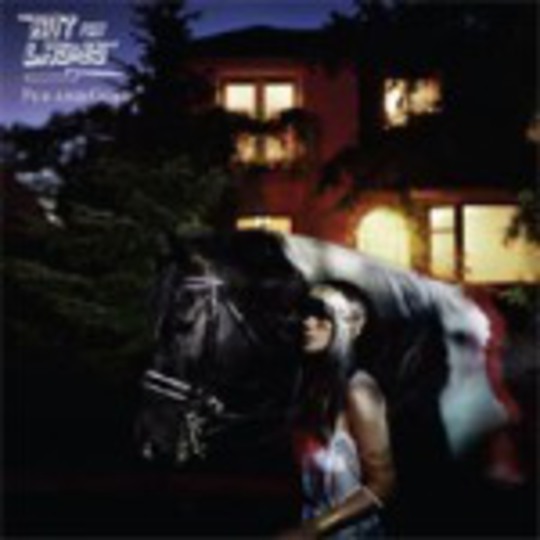 Bat For Lashes, the musical alter-ego of one Natasha Khan, has attracted much (inevitable) comparison to Björk and Kate Bush, and to some extent this holds water. There’s the same maverick female singer-songwriter thing going on, and Bat For Lashes has the same love of wrapping raw emotion in surprising sounds and arrangements so that the impact jumps out at you from several different angles at once.

However, Fur and Gold is far from an influence-hugging act of mimicry: the sound couldn’t possibly be stolen goods when it’s so exactly sculpted to fit Khan’s voice. Her vocal, whether in soft/atmospheric or bold and striking mode, always fits perfectly into the fabric of the music, adding to and becoming part of the atmosphere rather than superimposing itself over it. Around and between the vocals, seemingly delicate instrumentation is woven together in such a way as to lend it a complex, layered strength. Fur and Gold doesn’t so much use hooks as suggest them: whispering hints of melody, shared out between the violin, harpsichord and oddly mechanical sounding handclaps, provide enough of a tune to let the song worm its way firmly into your mind without ever overwhelming the atmospheric complexity of the whole.

And that coherent atmosphere is the root of Fur and Gold’s power. By welding the mysticism, dream imagery and fairytale* quality of the lyrical content to the ethereal yet powerful music, an emotional rawness is balanced by a sense of distance and mystery which persists through repeated listens without feeling tired or spent. Although occasional slips into a more conventional or less complex sound sometimes loosen the album’s grip on the listener, it’s never long before the spell re-establishes itself. An entrancing, wonderfully surprising record which manages to feel both refreshing new and strangely timeless.

*Disclaimer: The fact that this record overcame my deep suspicion of anything which sounds even remotely reminiscent of New Age Crystal Gazing Bobbins is due entirely to the quality of the music. It should not be in any way interpreted as encouraging such nonsense.