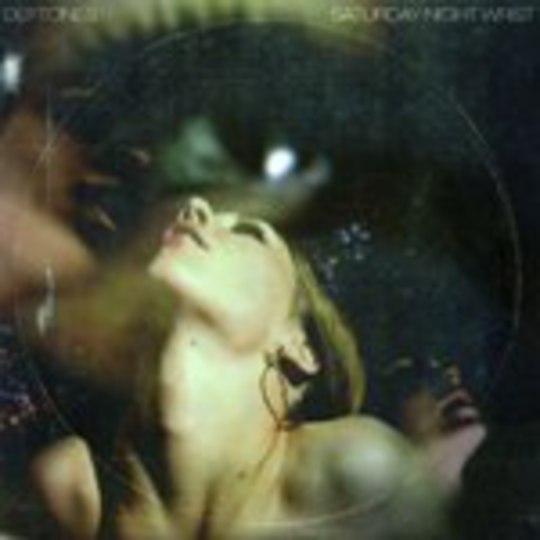 This is where* Deftones* could have gone gloriously off the rails: with its gestation blighted by inter-band fallouts, fuelled at least in part by the success of a side-project that really never held the smallest of candles to a couple of its members’ nine-to-five, Saturday Night Wrist could have been a hatchet job. An apologetic farewell to fans, released simply to satisfy the demands of a label recognising a money-making opportunity regardless of the product’s quality. It could have been a rehashing of previous long-play excursions, an awkward assimilation of influences from the pre-millennium era and post-White Pony years; perhaps it should have been that, and nothing more. Stick it out there, forget about it, break up: it’s what seemed on the cards as recently as the beginning of 2006.

That Saturday Night Wrist confounds all expectations as early as the initial listen isn’t merely a surprise, it’s a revelatory sensation: this is the sound of a band, a band of relative veterans lest we forget, hitting their creative peak. Where the five men of Deftones go from here isn’t even worth guessing – just enjoy this offering and try to drive from your mind any thoughts of this proving to be their parting shot. Even if this _is_ the final chapter of a lengthy career of commercial success and critical acclaim, it’s a wonder to behold and one that bears no sign of compromise.

Take the first track, lead single ‘Hole In The Earth’: remember ‘Minerva’ and the confusion that spread amongst the band’s fanbase upon its release? It sounded as much like Team Sleep as it did a Deftones effort – or at least similar to what we were led to believe Team Sleep would sound like – and didn’t particularly succeed in showcasing its parent self-titled album of 2003. ‘Hole In The Earth’ makes no such error: from the first few seconds of squealing feedback, any doubts as to Deftones’ rocking abilities are blown asunder. When vocalist Chino Moreno opens his throat, his audience sings with him without even knowing the words. When the first WHOO arrives just after the minute mark, any residual memories of the alleged friction within the group are rocketed into the depths of space. It’s a fantastically confident lead song, and it sets the scene for the majority of Saturday Night Wrist amazingly well.

Its sequential successor, ‘Rapture’, ups the visceral ante considerably: straight to business with hammering drums and a series of heavy – yet typically rooted in melody – riffs, the song exhibits the band’s ability to squeeze about a dozen structural ideas into the space of a single song. Moreno’s vocals recall the frenzied days of Adrenaline, albeit mercifully without the raps, and the energy the track possesses is enough to knock the first-timer clean off their feet, Walkman landing three feet away on the pavement. The album’s second song is far from its most aggressive inclusion, though – ‘Rats!Rats!Rats!’, eight of twelve, quite obviously steals away that honour, even if it does contain one of the glossiest choruses to be heard here. The breakdown a minute-twenty from home leaves me flabbergasted each and every time I allow it to violate my ear canals.

Saturday Night Wrist’s only real low – one that next to every fan has picked up upon, immediately – is ‘Pink Cellphone’. In what was probably a good idea at the time, Giant Drag’s Annie Hardy contributes emotionlessly deadpan vocals to a series of limp beats and bleeps as Moreno croons about something or other of little to no importance. This “one true power” they speak of, I don’t want it anywhere near me if this is the sort of music it inspires. Moreno aside, the remaining Deftones members must have bitten their tongues when this was deemed worthy of final cut inclusion. Thankfully for buyers bereft of the promo version of Saturday Night Wrist, the song’s obscenity-filled final minute-ish has been removed from the in-stores album. You’ll never have to hear Hardy mumble on about butt-fucking. Be grateful.

Had ‘Pink Cellphone’ been included only as a ‘hidden’ bonus track, Saturday Night Wrist would almost certainly be receiving a perfect score below. Appearing at track nine, though, it disrupts the otherwise excellent flow of this album, and comprises a cancer that really should have been cut free prior to Saturday Night Wrist’s release into the public sphere.

Thankfully for all concerned, no other song plumbs the depths the aforementioned reaches so grossly – from the buzzing melancholy of ‘Beware’ to the dramatic histrionics and filtered vocals of ‘Kimdracula’, this is an album of great strength and purpose. Quite clearly Deftones’ putting aside of their differences has resulted in what is – that song aside – their best-ever long-player. As a long-term fan I don’t say that lightly: this deserves to be recognised as a classic in modern metal circles, not only for its unexpected excellence in the face of obvious obstacles, but for the fact that it beautifully demonstrates its makers’ abilities to sidestep the predictable and continually challenge both themselves and their audience. They are off the rails, and flying to only they know where.

If you’ve even the slightest interest in ‘heavy’ music, you simply must make Saturday Night Wrist an integral part of your record collection. Its charms don’t dull with repeat plays – believe me when I say I’ve given it plenty – and the creativity and ambition evident across its fifty minutes is so sizeable it’s a wonder any other rock record has come near my stereo these past couple of months. It’s the perfect Deftones album, a sole sucker aside. Get it ASAP.