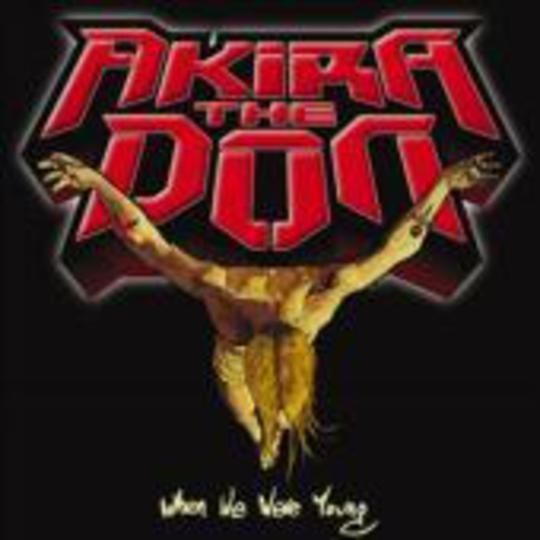 There are many things you should know about Akira The Don, aka AK Donovan aka Adam Alphabet aka Adam Narkiewicz. But given that his debut record is a strange and colourful autobiographical English rap romp around the deepest recesses of his ideas-packed cranium, this possibly isn’t the place. Two things you should know, though: having previously been the best writer over at Playlouder.com, Akira is proof that journalists can become larger than life pop stars. And secondly... I forgot secondly. Oh yeah! The guy can write tunes.

The rap Morrissey – as he has been called - he isn’t. He’s way too chirpy and in love with the world and everything in it for that. It’s a love that extends to passion, outrage, celebration, anger and nostalgia - all feelings that bubble up from within his songs.

There’s a definite schizo streak in Akira The Don’s daring juxtaposition of contrasting songs such as wry anti-globalisation rant ‘Thanks For All The AIDS’, the wistful tale of pre-teen innocent infatuation in North Wales that is ‘Love’, or the outright pop banger ‘Clones’. But it’s a streak that works brilliantly, a place where politics and pop wrestle playfully.

It’s in the darker rites de passage tales though that Akira The Don truly excels. ‘Liverpool’ is a thumping floor-filler about skiving school and, even better, ‘London’ is a dark electro dirge that crawls through the lice-ridden crack holes of North London, a world full of characters like Anton The Punk, the benevolent smackhead who takes a young homeless Akira under his wing. The beat alone seems to encapsulate the depressing grime of the city. That said, ‘Oh! (What A Glorious Thing)’ is such an unashamedly goofy flipside celebration of London, it’s hard not to find yourself cheered within seconds; it’s infectious, daft hip-pop musical Prozac.

Youth versus adulthood is the prevailing theme here then, but there’s so much more going on in When We Were Young. Ultimately it’s a joyous, uplifting thing that makes so many of Akira The Don’s po-faced East London indie rock contemporaries (that he often shares stages with) seem somewhat irrelevant and bloodless by comparison.

The message is: come on, get happy! And you should. You could start by buying this.