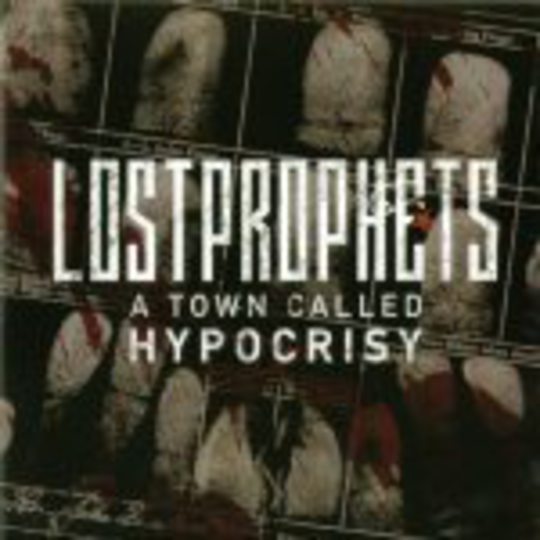 Say what you like about Lostprophets, but don’t disregard their knack of writing a good pop song. I for one will admit to enjoying Start Something - an album which unashamedly combined rock with '80s new-wave stylings, whilst reinstating themselves as champions of post-millennial metal. For all the indie snobbery, they knew how to write a catchy pop hook - something which made the awful emo-styled comeback single ‘Rooftops’ seem all the more disappointing.

Luckily for their second single they’ve decided to save our battered ears with something infinitely better, returning to the Lostprophets sound of old rather than the melodramatic prattlings of the previous single. Acting as a crossover between new-wave and upbeat rock, ‘A Town Called Hypocrisy’ brazenly sets out as a catchy piece of slick radio-pop, complete with vocal chants, a neatly placed chorus and the obligatory killer chorus.

As usual, though, they seem to have spent longer adding post-production sheen rather than writing the actual song, which strips ‘A Town Called Hypocrisy’ of any real passion or energy. Shame really, but still, Lostprophets have come up with another startlingly great pop tune – and perhaps it’s time they’re recognised for that rather than for their image.