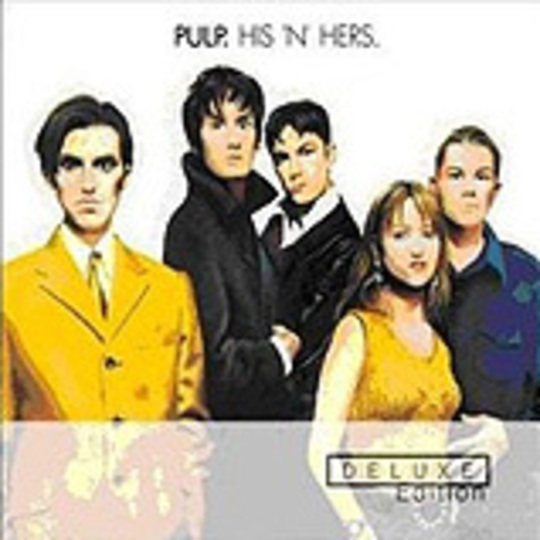 I was introduced to Pulp one afternoon in 1995, while watching a mate's telly, when I saw a pint-sized Jarvis Cocker being pushed down a DayGlo supermarket aisle in a trolley steered by Sadie Frost. My friend picked up on my lack of recognition and said, "Mate, that's Pulp, they're brilliant". He then loaned me a copy of His 'N Hers and gave me a brief lecture about how clueless I was not to have discovered the band on my own. After becoming aquainted with the band's back catalogue, I felt a bit better - my friend had described His 'N Hers as Pulp's debut. He wasn't aware that Cocker had been fronting various line-ups of Pulp since 1979.

I only mention all this because it seems weird to think of Pulp struggling along in anonymity for such a long time. These days, the band is practically a national institution; they're recognized as one the finest pop bands of their era, their songs are in nearly every pub jukebox in the land, and Jarvis Cocker going off on one on his MySpace warrants news coverage. Still, for over a decade, practically no one outside of Sheffield knew who the hell they were.

His 'N Hers is the album that changed all that. Just over ten years since it first dropped into circulation, Island has seen fit to release it in deluxe format, along with Different Class (review) and This Is Hardcore (review). His 'N Hers put the band on the mainstream radar, and not just because it's a pretty awesome (albeit slightly dated) release in its own right.

The musical landscape that His 'N Hers flounced into in 1994 saw grunge die alongside the rise of the Britpop A-list. In the past, British guitar-driven bands were tagged as indie and would usually pitch up in the charts somewhere around #32, disappearing a week later. One year on from a cover story from Select (God, remember Select?) that screamed "Yanks Go Home!" above Brett Anderson flexing in front of a Union Jack, and these same bands were being re-branded 'Britpop' and charting in the top ten. This was the year Blur and Oasis released their strongest albums to date, and Pulp went from being unknowns to genuine contenders for the Britpop crown.

Of course, the part Jarvis Cocker played in all this cannot be overstated. What sold Pulp to the masses was the fact that Cocker’s lyrical turf was basically what happened every day in the lives of the members of his audience. His brilliant articulation and keen insight into their existences marked him out as the genuine article; he was his fans’ cynical observer and their eager accomplice. His lyrics were by turns wry, witty and downright brutal, and the stories and sketches were all shot through with a stone-cold honesty. Cocker is, in short, one of the finest lyricists to emerge from pop music of the last two decades and back in 1994, with ten years already on the clock, there wasn’t anyone who could touch him.

Twelve years on from its original release, it's understandable why His 'N Hers generated such a buzz for the band that created it; it’s a sparkly, hook-laden pop-music score to a pretty grimey slice of teenage life. Two of the singles it rode in off the back of could be seen as the manifesto for the disc – the soaring ode to voyeuristic lust, 'Babies', and the most gorgeously spiteful kiss-off ever put down on record, 'Do You Remember The First Time?'. Both come packed with stunning guitar lines and swoon-worthy synths, as well as Cocker’s usual unblinking candor ("Still, you’ve bought a toy that can reach the places he never goes," he sneers at an ex he’s trying to bed). Other highlights include the bombastic, choppy opener 'Joyriders'; the frantic, paranoid 'Acrylic Afternoons'; and, even though it seems a little dated, 'Pink Glove', which sounds a bit like Pulp soundtracking the end credits of a John Hughes film.

Of course, with most deluxe editions, there is always the suspicion that the re-packaging is an attempt to loot the fans’ bank accounts, and there is a slight element of that here. A lot of the unreleased songs sound more like blueprints for tracks that ended up on the main album; they demonstrate how rapidly the band was developing its sound at the time. The best songs on the bonus disc are already in circulation and top among them is 'Deep Fried In Kelvin'. This is the real gem of the bunch, a lush, sprawling, epic lounge-act of a song with Cocker alternately cooing and deadpanning hilariously throughout ("Oh yeah? We can have ghettos too, except we use air rifles instead of machine guns! Stitch that!"). While die-hards may already own a lot of this material, the bonus disc goes more than some way towards justifying the inflated price tag if you’re new to the group or a casual admirer.

His 'N Hers hasn't aged as well as Different Class or This Is Hardcore (review), but that doesn't stop it being a great record in its own right. It's a rare beast indeed - an unrepentantly light pop album that happens to be more street-savvy than half the hip-hop acts out there.

While it may not reach the lofty heights of the albums that followed it, His 'N Hers was an important step forward for a band that had languished in obscurity for far too log. This album didn’t make Pulp household names, but it did act as their ticket to the big leagues. The UK never knew what hit it, coming straight outta Sheffield...