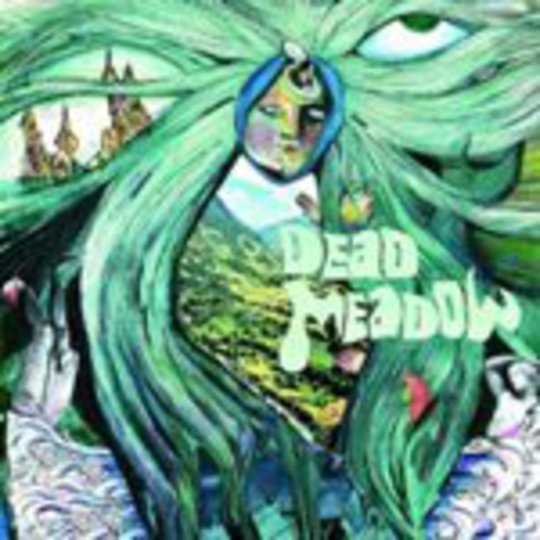 Sometimes labeling a band stoner-rock can seem like a cop out. What does it actually mean? That somehow the music the tag is applied to can only be appreciated from within a cloud of purple haze, and that without the sweet leaf it will fall short of its promise? In relation to* Dead Meadow*, I’ll take that, because here in a sober state I can’t find anything in the nine tracks that feature on this re-issue of the band's self-titled debut, originally released in 2000, that comes close to deserving the critical praise lavished on them.

_ ‘Lady’_ and ‘Greensky Greenlake’ simply rehash tired Black Sabbath riffs and shave off a couple of minutes in a similar way to Wolfmother, but while the Australian three-piece add catchy, if overly simple, lyrics and crisp production to the formula, Dead Meadow do little more than replace Ozzy’s satanic shrieking with a reverb-smothered drawl.

One positive, however, is that with such a debt to the heavy-metal of decades past, in the six years since its original release Dead Meadow hasn’t aged a day. Also, there are occasional signs of the progression they will make on forthcoming albums. Strangely enough, with the exception of the brutal riff that kicks in at the two-minute mark of ‘Rocky Mountain High’, it is when Dead Meadow stray the furthest away from the generic stoner-rock template that they hit a high point, on the three-and-a-half-minute ballad ‘At The Edge Of The Wood’.

Dead Meadow fans wishing to take a look at the roots of the then three-piece might find some interest in this CD, but those looking for an introduction to the band, or even the world of stoner-rock, are advised to look elsewhere. As, at least in this case, the drugs really don’t work.