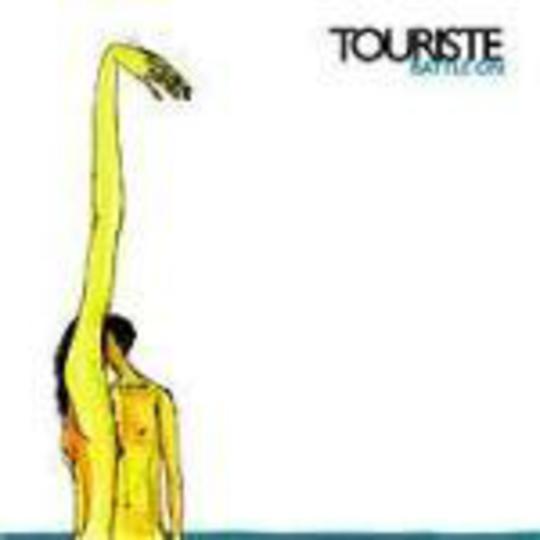 Isle of Sheppey four-piece Touriste may be an unfamiliar name to most of you at this moment in time, but trust me: they're gonna be household names this time next year.

'Battle On' is what Athlete would have become if they'd continued down the Beta Band road to experimental subversiveness rather than hibernated underneath dad's carpet slippers, or even Keane if they would actually take a chance and do something interesting rather than merely copy the lighter side of their record collections.

As you've probably guessed by now, Touriste aren't exactly what you'd call a rock band, whether that be post or punk, instead preferring to concentrate on writing heart-melting, disconsolate melodies that may sound simple and undernourished at the outset, but by the middle eight have swallowed half the contents of Kent's collective KFC houses and developed muscular contortions without an ounce of flab.

In fact, the delightfully haunting 'Shannon's Cannon' could possibly win an award for b-side of the year, such is its infectiousness and sincerity.

Touriste, then: coming to slay a stadium near you soon.