As Cruel As Schoolchildren 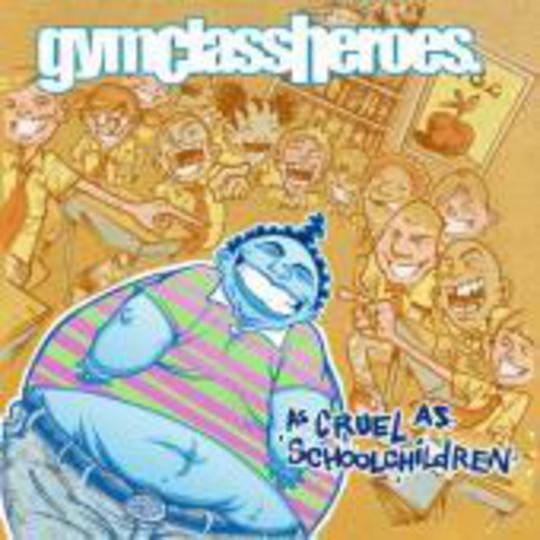 New York’s Gym Class Heroes have an admirable approach in striving to produce a form of hip-hop that appeals to music fans of all genres, from rock to indie to pop and R&B.

Whether or not they’re successful in their goal is another matter. When they supported Fall Out Boy at the London Astoria earlier this year, the young pop-punk audience appeared visibly unmoved by their sharp wit and laid-back beats. Nonetheless, those same gig-goers will no doubt be impressed by the appearance of William Beckett of The Academy Is… on ‘7 Weeks’, a song that fuses the attitude of hip-hop with ear-pleasing melodies to good effect.

Clearly though, Gym Class Heroes are at their best when exercising their wit in songs like ‘The Queen and I’ and applying a humorous twist to everyday problems – in this case a girlfriend who is “never not inebriated”. Elsewhere, the illicit relations between a pupil and his teacher are the fuel for some crude boasting in ‘Scandalous Scholastics’, while the complex art of picking up girls in bars is recounted in a three-part skit called ‘Sloppy Live Jingle’.

It’s most likely this stand-out talent for creative rhyming that will set them up as the OutKast of the rock world, especially when combined with the pure pop grooves found elsewhere on this album. But if they really want to get down with the kids, they’ll need to get rid of the filler (the generic R&B of ‘Viva La White Girl’ is a prime example) and write more songs like ‘New Friend Request’, a tongue-in-cheek look at the phenomenon of MySpace romance.

The likes of Linkin Park, P.O.D. and MC Lars have already shown there’s a place for the influence of rap and hip-hop in rock, and with a few more inspired moments, Gym Class Heroes could sit comfortably by their sides.