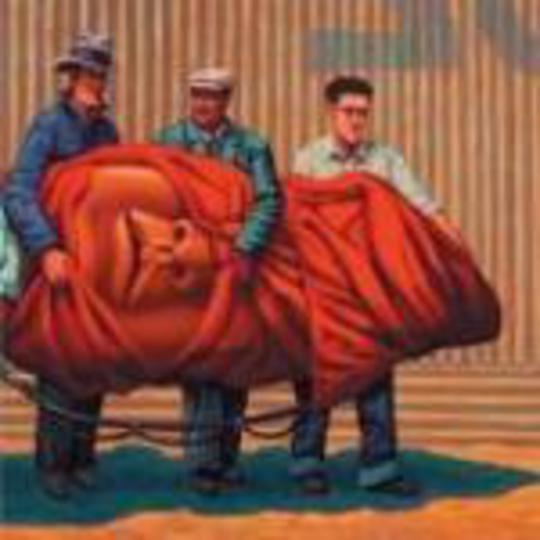 The Mars Volta: it would seem you either love them or loathe them. For those still mourning the loss of defunct post-hardcore troupe At The Drive-In, your opinion is likely to lean toward the latter option. In stark contrast, those who like prog-rock will possibly view The Mars Volta as revolutionaries, breathing life into a stale genre.

As (album before this) Frances The Mute displayed, The Mars Volta are constantly aiming to further their sound – bringing jazz and ambience into the mix, while using prog as the obvious standpoint. Amputechture delves even further into the realms of experimentation, taking you to other-worldly places, rendering you speechless with astonishment. At least that’s what they’d like you to think.

Propelled by astute guitars, set alight by a distinct falsetto, and complimented by a heap of impressive production techniques, Amputecture's first explosive song 'Tetragrammaton' opens proceedings so well. To the naïve listener, The Mars Volta are in their prime. However, after further minutes of mindless fret-wankery, you get the feeling that the band don't know where they’re going; an impression forms, that they're peddling the same old King Crimson-esque prog for the sake of being artful. Unfortunately, that sentiment rears its head a lot throughout the album, disguised only by impressive technical wizardry and moments of unadulterated brilliance. As we all know, a handful of great moments rarely equal a great album.

The architects of the few moments of brilliance - namely Omar Rodriguez-Lopez and Cedric Bixler-Zavala – are masters of their craft, each bringing something special to the sound. For instance, the fusion of rock and jazz on album highlight 'Day Of The Baphomets' is a fantastic excursion into sonic experimentation, intermittently flailing saxophone between bursts of arresting rock music. Likewise, Amputechture’s centrepiece ‘Meccamputechture’ is The Mars Volta distilled to its pure prog-rock sound – and the album’s better off for it.

Of course, the album's respite from the self-indulgence comes in the form of ‘Viscera Eyes’, which incidentally is the inaugural single. Compared to the majority of the album, ‘Viscera Eyes’ is surprisingly linear, brandishing the same riff throughout without being too ambitious or egotistical. Bizarrely though, ‘Vermicide' (which sounds strangely like ‘The Widow’) was overlooked as a single – it's the only song that doesn’t display much of a penchant for prog-rock.

Sadly, Amputechture feels like a disassembled piece of work. The moments of artistic finesse don’t quite connect with each other, and too often disorientation sets in as you lose yourself in Omar’s over-zealous ideas. It’s hard to get excited by directionless solos, and where Frances The Mute was likened to the raw energy of Led Zeppelin, Amputechture feels more akin to the work of Steve Vai. The Mars Volta's third long-player is simply a mess of disconnected ideas that fail to gel together.

All in all, Amputechture can be compared to watching a Hollywood car chase: impressive, but ultimately a heartless experience.