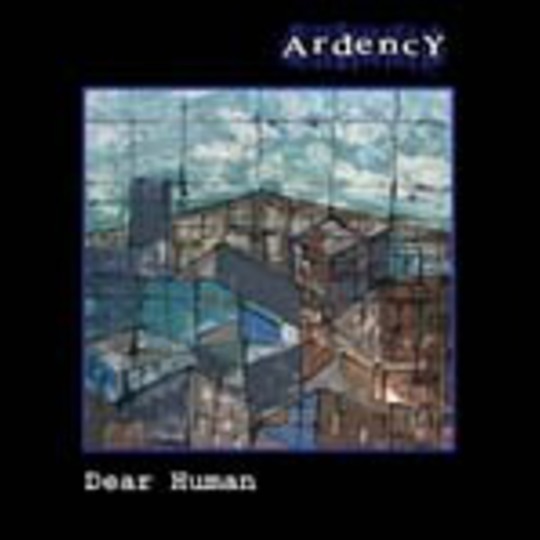 Positive suprises are hard to come by these days. It seems every day that drags on brings more negativity; the decline of our government into sub-playground squabbling, the endless struggle worldwide between religions and creeds, and - more importantly? - a horrific injury to Jamie Bullard. So it is with near-astonishment that I find solace in Dear Human, the debut album by Nottingham-based four-piece Ardency.

Before the album fades in, it doesn’t look promising. Taking a name that would better suit a pub-rock band and titling songs ‘(Opiate)’, ’Visceral Surgery’ and ‘A Lydian’, it seems that the signs point to a poor man's Tool. Thankfully, this prediction is way off, as Ardency exist way above, in a smouldering pink cloud of beautiful, majestically restrained noise.

Not since Loveless _has an album covered itself so completely in haze whilst keeping such a strong sense of melody, but Ardency aren’t mere shoegaze revivalists. In _’Ballad Of A Broken Man’ they marry the structure and atmosphere of early Pink Floyd to vocals not far from Richard Ashcroft circa-A Storm In Heaven. The end result is very similar to that which Lyca Sleep achieved at their peak before splitting, but Ardency take their sound to a higher level.

’This Is Now’ is just as enticing. If Slowdive and Amplifier hooked up with Damo Suzuki for one of his improvised Network gigs then what you would get wouldn’t be far from this six-and-a-half minute epic, while the previously noted ‘A Lydian’, with its uplifting synth washes and choral backing vocals, is a despondent anthem that manages to travel much further than its four-minute track length would have you believe.

Although Dear Human is far from being the most upbeat album released this year, it is definitely one of the most uplifiting. It has a zen-like quality that, when focused on completely, can clear the heart, the brain and the soul of pessimism. The next time you are down, don’t reach for the bottle or other drugs; reach for Ardency, and be happy, if only for an hour.

Math And Other Word Problems