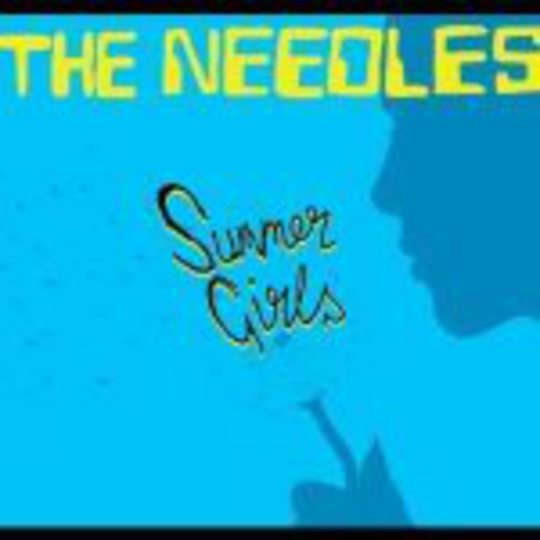 Sounding like The Beach Boys if they'd formed during the Brit-pop era, The Needles come across as a band confident in the musical direction they’re following. The title of their second single - ‘Summer Girls’ – hints at the sound they pursue: breezy, summery pop, with throwaway riffs and sing-a-long choruses, with a bit of rock ‘n’ roll thrown into the mix as well.

‘Summer Girls’ diffuses any notion that The Needles are a throwaway act - they’re anything but novelty, but there’s a fair way to go yet before they instate themselves as an act that you can believe in. It’s a good single, one that shows promise, but it just seems slightly boring. The introduction is misleading, forcing me to create hopeful conjectures about how the song might turn out, but sadly it fails to turn out as great as the inaugural promise. Perhaps The Needles need to think on a grander scale – I see the band making epic, grandiose pop-rock, rather than the restrained songs they have on offer at the moment.

From the tracks showcased here it’s fairly easy to see the sound they are pursuing, and although it might not be worth a purchase, some fine-tuning could see The Needles becoming an act to watch out for.