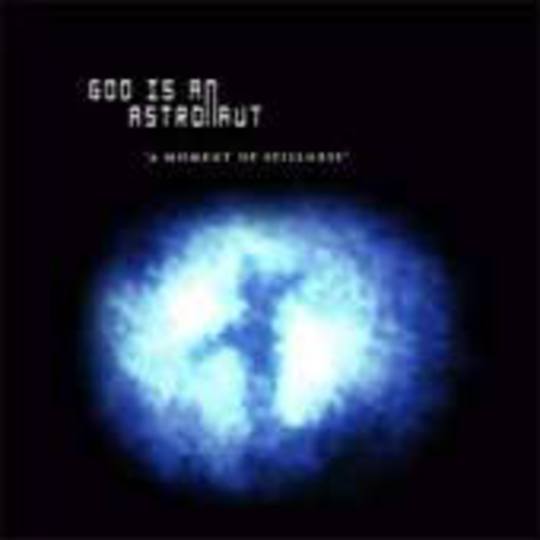 When a genre so congested and formulaic as post-rock throws up something as startlingly inventive and off the cuff as 'Frozen Twilight', the first track of five on this gem of an EP, you know that the next fifteen minutes or so are gonna be shrouded in pure bliss.

Irish three-piece God Is An Astronaut, fresh from the scenic hills of Wicklow, manage to conjure up something of a dilemma for all of their contemporaries here. You see, rather than go for the been-done-so-many-times-even-boring-doesn't-do-it-justice usual fare of quiet/loud, fast/slow time changes every other minute, these guys actually make music that DEMANDS any budding film maker to write a script that fits the music, rather than the other way around.

At no point during this EP does anything become repetitive. Or overwrought. Or tiresome. In fact, there's a hardly a moment goes by when at least one hair on the back of your neck isn't standing upright, probably engaging in a military salute of its own making in honour of the terse yet timeless beauty contained within this record.

Or maybe they're just telling me to shut up and listen, because when this vocal-less combo engineer such startlingly fantastic pieces of music, who needs words when actions are as permanently smooth as these?