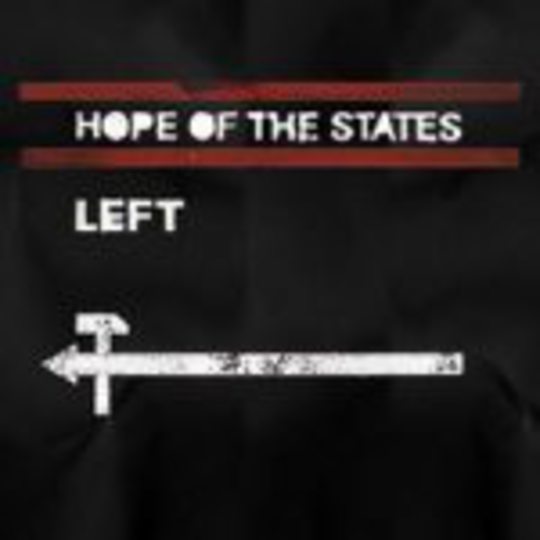 Hope Of The States are looking desperate now. The transition from reputable post-rock upstarts to stylish indie dullards had me taken aback, and left me slightly disappointed, but I suppose I should have seen it coming.

‘Sing It Out’ sent out the warning call: devoid of fervour, the track plodded along indistinguishable to the many other characterless indie-rock acts of 2006. Rather naively, I remained optimistic about the album. Maybe, just maybe, ‘Sing It Out’ was a song to throw us off the scent before they stunned everyone with the promise they hinted at on their debut. Sadly not though - the album Left had, at best, two or three listenable tracks, which isn’t a plausible reason to part with your hard-earned cash.

The album’s title track and second single suffers the same fate as the majority of their somophore effort. Sam Herlihy’s cringe-worthy vocals sound awful, and he’s as guilty as ever for putting on a faux-American accent. A dreary chorus backs it up, sounding like Oasis circa 2005. What bugs me the most, though, is that Hope Of The States used to be good. Gone are the tangible post-rock atmospherics, and in its place is dreary, lifeless rock, riding the wave of mediocrity in attempt to be ‘cool’ or ‘scene’. This attempt isn’t even convincing - it just sounds like a band confused as to what direction to go in.

I sincerely hope that their future singles aren’t as dreary or monotonous as this, and I suggest that they look to The Lost Riots for inspiration when making the inevitable third album.