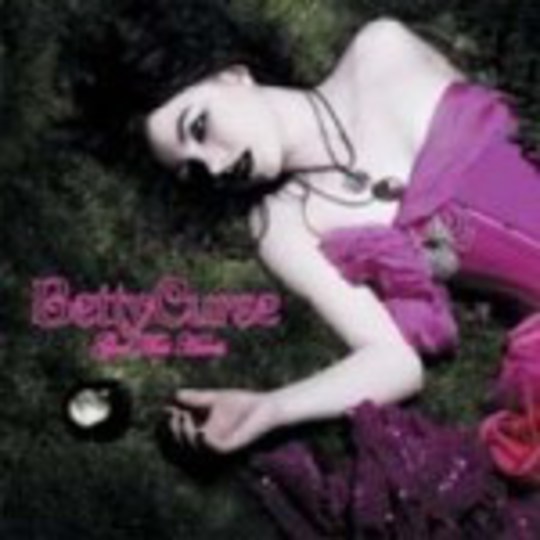 Are you shitting us? What the fuck is this Kelly Osbourne-(r)aping crap? You’ll make me pay for your pain? Fine by me, since you sound irritated to the tune of about twenty pence.

If Betty Curse was the title of a cartoon series and ‘God This Hurts’ was its thirty-second theme music, we’d smile and nod along to its pop-goth power chords and smack-me-sideways obvious lyrics about being, y’know, dumped and stuff. But three-and-a-half minutes? You really are shitting us, yeah?

What’s that? Penned from some guy from Little Hell you say? And that makes it credible, you reckon? Come on _– Little Hell were awful, remember? No? You’re _how old? Okay, fair enough.

Basically, eleven-year-olds with nothing but BoyBandOfTheDay singles in their compact disc ‘collection’ will find Betty Curse’s hackneyed emoting – as overly dramatic as the singer’s on-screen past life suggests prior to playing the cursed thing – as revelatory as Oasis fans thought Be Here Now was. For five minutes. Then they’ll toss it aside and go back to doing anything that isn’t listening to Betty Curse. Or Be Here Now, for that matter.

A stinker that not even the stench from a tipped-over chemical toilet could overpower.