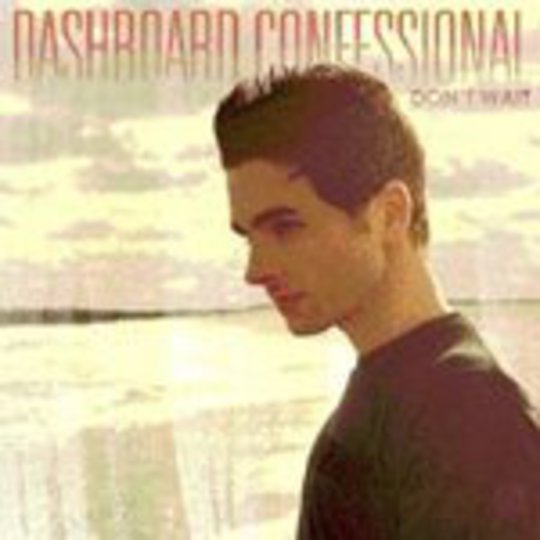 It's official: Chris Carrabba is the Chuck Berry of complaint rock. Or soft rock. Or bed-wetter rock. Or whatever you want to call it.

Both of them basically have one way of playing a song, which they have recycled all the way through their careers with various tweaks and tempo changes so as to be unnoticable. Of course, that's where the comparison ends, because whereas Berry's music aimed primarily for a leering, good-time rock 'n' roll groove, Carrabba's songs evoke the clenched-fist anticipation, sheer terror and overheated euphoria of a 14-year-old going in for their first open-mouthed kiss.

'Don't Wait' is more of the same from Dashboard Confessional - and whether or not that's a bad thing depends on how much of a musical snob you are. Since you're reading this site, I'd say there's a fair chance you may dismiss them/him out of hand, and God alone knows you have enough to back up your aesthetic choice. The echoey backing vocals, the soaring chorus and gooey lyrics make a Hallmark Card seem insensitive by comparison; what's more, the song's riff sounds like it was lifted wholesale from the intro to Sixpence None The Richer's 'Kiss Me' and then injected with steroids.

Seriously, when broken into its component parts, 'Don't Wait' sounds extraordinarily calculated, which is where Carabba's trump card comes in handy. The man's wounded Care Bear voice and achingly sincere delivery not only makes this schmaltz convincing, but addictively listenable.

It's like running into an ex you still have a soft spot for. They melt through your initial wariness with that killer smile, and soon you're chatting like old times. Before you remember they treated you like earwax when you were going out, you're ten quid and two rounds lighter, and they've already started flirting with someone else. So, you shift off your bar stool, feeling slightly dejected, and head over to the jukebox to play something to sum up the way you're feeling. Something equal parts heroic and tragic. Something hopeful, but forlorn. Something like 'Don't Wait', actually.