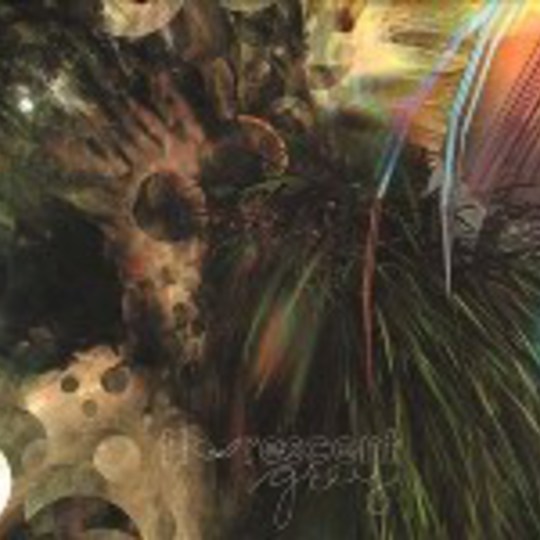 I peel back the plastic over my sandwiches and frown at the speakers. This music has been playing for ages already, and I really don't remember any of its distinguishing features. But I haven't turned it off yet, or cast it aside for later. I remember putting it on, and typing away. I remember thinking it sounded quite self-conciously laptop-ish in places. I was listening the whole time, as I almost always do, whilst doing something else - e-mails, cooking, reading, stuffing envelopes. This is how music is integrated into my life. I will very rarely actually sit and do nothing while listening to a piece of music. Some would say that your undivided attention is required to fully comprehend the music you're hearing. I don't agree: I think you absorb it through osmosis anyway, through repeated exposure, until you reach an instinctive as well as intellectual understanding of it, formed over time.

That this extended piece of largely ambient music has made me think all these things is illustrative of the kind of piece that it is. It's a sprawl. A sprawl of fractured breakbeats (apparently derived from all kinds of sources such as running water and "vocodered electricity") sits over an ever-evolving mass of sounds. Once you know they've come from organic or 'real' sources, you start trying to pick them out a little more... is that a squeaking wheel, or a bird singing? Could this beat once have been a snapping twig? Is this roaring sound some kind of factory recording, or the altered sound of air rushing past the car window? It can be quite beautiful listening to this mass of sound flow by.

A bit later, there are chants and bongos. Talk about making a reviewer lose their musical boner. Suddenly it's a horrible 're-imagining' of traditional Eastern music that sounds more new-age than broken beats. This happens at various times - one minute a throaty whooshing sound can captivate you, overlaid with snatches of spoken word; then the next, a nasty, tinny beat or too-obvious sample like a car accelerating, or a cheesy synth wash can completely throw you off. These sections, though, are often mercifully short due to the ever-changing, always-evolving nature of the piece itself. After an hour or more of being carried along by this vastly complex collage of sounds and ideas, the attractively kaleidoscopic packaging becomes a potent symbol for the approach that is being played out here.

So, at times successful, but also potentially a little trying unless you just feel like lying back and listening to the aural flotsam and jetsam floating by. Maybe anything this ambitious and expansive will always have sections that appeal to certain people and parts that are a complete turn off - and in my book it's far more interesting to experiment and fail than do something obvious and succeed. I'm not sure I'll listen to this again now that my stint of review listening is over, but I've enjoyed the time I spent with it.

Glad You Were Born