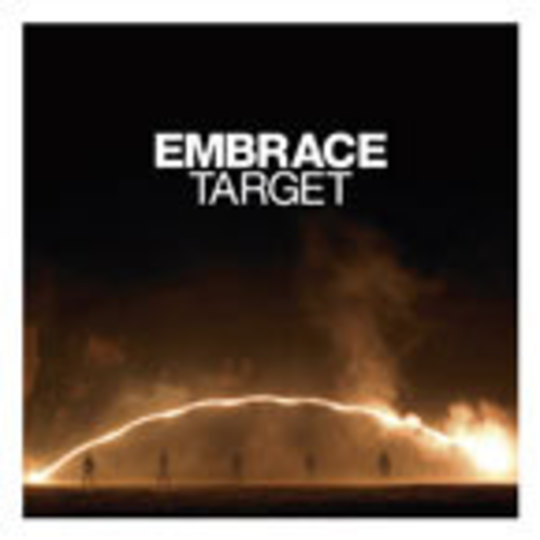 Waiting for the post to arrive can be a laborious task.

Sat at the bottom of the stairs, cup of tea in one hand and slice of badly toasted bread in the other, the only excitement comes in the shape of a shaking letterbox despatching pieces of paper telling you to pay up or the electricity's going off. Or worse still, that NTL are about to disconnect you, again. The bastards. But in amongst all the rubble comes that little bit of respite in the form of a jiffy bag. I wonder what can be inside it?

Oh, it's the new Embrace single.

Nearly four minutes later, after subjecting myself to Danny McNamara's nasal whine, a letter from the bailiffs instructing me to vacate the premises or they'll send someone round with an oversized cricket bat suddenly becomes a more appealing proposition.

Not content with being Coldplay's official tribute act, 'Target' is the band's attempt at a U2 impersonation, one that might've been credible in Matthew Kelly's world four years ago but simply pales into insignificance today. This isn't even dadrock - I know my old man much prefers the combined talents of Girls Aloud and CSS, but we won't go into that. It's nothing more than an unnecessary blot on the landscape by a band so far past their sell-by date.

Cheers, postie. Not for the first time this year you've failed to make my day. Grrrr...