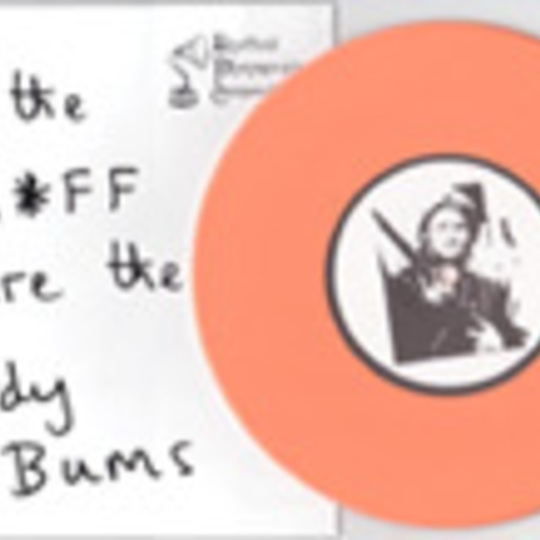 Featuring four band members (who’re named on their MySpace as Oliver, Tarquin, Tarquin and Tarquin), Sheffield bunch The Mardy Bums are really not my thing. Happily claiming the recent popularity of Sheffield music (including the Arctic Bloody Monkeys) as an inspiration, they make the kind of simplistic, “Hey Just Look at English Life! It’s Great! Whippets!” music which tends to see me running, screaming for the horizon.

And The Mardies don’t make it through to the status of Noble Exception: I’m simply not programmed to hum along to endearingly-cheeky-bastard pop music. However… their CD comes emblazoned with chat room insults against the band; the longest song on here clocks in at a minimal 2.06; second track ‘Does It Say Doormat On Me Back?’ descends into really rather meritous sonic squalling; plus: Oliver, Tarquin, Tarquin and Tarquin? Hilarious. This bespeaks the kind of irreverent attitude which permeates the songs: TMBs love the musical style they’ve chosen, but that doesn’t stop them approaching the whole band business with a refreshing dose of humour.

All of which means that although I couldn’t claim to love or enjoy this, I actually understand why someone else might. Meaning The Mardy Bums’ lovingly mocking and utterly wholehearted take on English pop traditionalism is the only offspring of the genre that hasn’t left me keening in despair; not bad going, really.

Worry About It Later