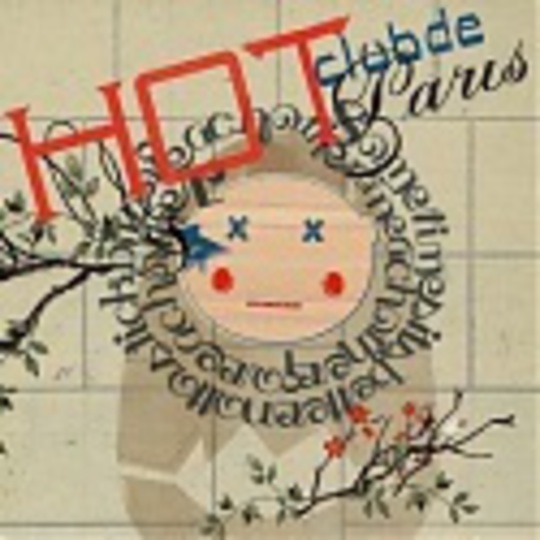 Hot Club De Paris are the latest signings to artrock label extraordinaire Moshi Moshi, and they've managed to pick up a few celebrity fans during the short journey from Liverpool, such as The Futureheads and Milburn. So why, then, am I distinctly underwhelmed by this?

Y'see, if there was an award for Best Song Title at any latent gong ceremony, then this would win hands down. To repeat it, let alone type the damn thing without missing a word out or mixing them up into the wrong order, is an achievement in itself. Myself, I have neither the time nor inclination to commit the necessary effort.

Sadly, though, 'Sometimesitsbetter...' just sounds like all the other FutureBloc Parkheads doing the rounds at the minute, and doesn't go anywhere near justifying the hyperbole that Hot Club De Paris' admittedly energetic live shows have built up.

The flipside, 'Your Face Looks All Wrong', is a slight change in direction. A more whimsical, sub-Pavement affair, it hints to these ears where their future intentions surely lie.