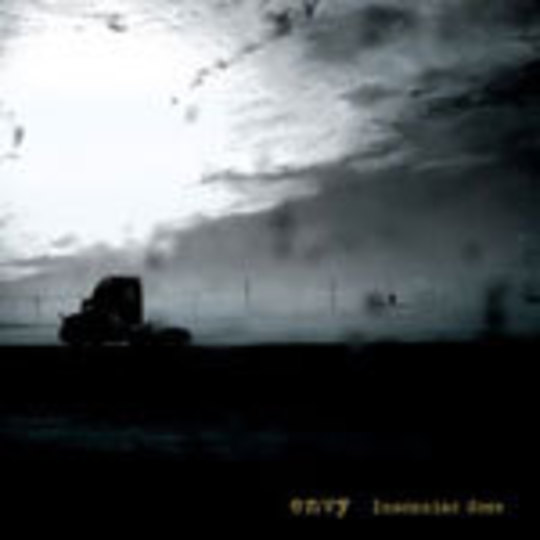 Translated from the original Japanese, a line of Envy’s opening effort on Insomniac Doze, ‘Further Ahead Of Warp’, reads: “Wait for the quiet and peaceful tomorrow”. One can only assume that the tomorrow the quintet are waiting for is one within which their own band doesn’t exist, for ‘quiet’ is not an adjective to precede any one of these seven songs.

The ‘peaceful’ does occasionally poke its way through the maelstrom of familiar noise, though: the aforementioned curtain-raiser mixes crushing riffs with an introduction every bit as subtly affecting as a Sigur Ròs soundtrack to some television show or other, and a new-found clarity is apparent on ‘Crystalize’, vocals whispered rather than delivered with a roar. It’s these brief moments of serenity that comprise Insomniac Doze’s finest moments, for when the afterburners are engaged and guitar amplifiers pushed to the extremities of their capabilities, one song can seem to segue seamlessly with the next with little dynamic variation.

Certain to appeal effortlessly to less-fussy fans of Isis and Mono, Envy’s latest is not a poor record by any stretch of the post-rock imagination. It’s just that the former point of reference articulates the angrier elements of this long-player far better, while the latter act possesses a greater ability to mould the listener’s emotions. Thus, Envy are left sandwiched in a scene already overflowing with masterful architects of slow-burning soundscapes, and there’s little here to suggest they’ve the talent to ever make it to either end of this particular spectrum.

One wonders if, when translated back into Japanese from the English, ‘insomniac’ doesn’t read as ‘narcoleptic’.