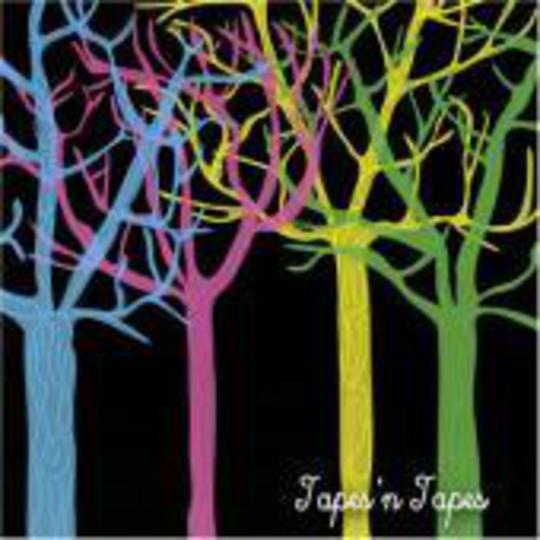 Sometimes the machine deals you a bad hand – for every White Stripes success story, there’s a backlash that builds to towering proportions even before the release of the affected act’s initial offering. This has at least partially been the case for Minneapolis’s Tapes’n Tapes, whose self-released album’s late official arrival on these shores has been preceded by a chorus of critical disappointment: a handful of positive prose aside (at the time of writing), The Loon’s reception by Brits wielding poison pens has been significantly less than amazing.

The reason’s a simple one: the nature of the aforementioned machine is to chew up and spit out the acts in question just as soon as it’s established a reputation for them, so journalists are absolutely programmed to set their critiques to kill before a peer beats them to the first mauling, an incident certain to spread across the ‘net faster than chickenpox on a six-year-old’s chest. An example: Björk’s Surrounded set, reviewed on Pitchfork here and almost instantly discussed on DiS, here. A bad review, endowed to a band riding a wave of acclaim from the US of A, can be so much more beneficial to the reputation of a writer than just another back-slapping series of congratulatory sentences. (Indeed, Pitchfork's third-most-read record review is an arse-tearing 4.4 for Electric Six.) It’s almost certainly a fact that the writers that unfairly dismissed Tapes’n Tapes as an act fuelled only by Stateside hype didn’t listen to The Loon more than once; if they had, not one disparaging review would have made the pages of the music press, on-line or otherwise.

The Loon is, you see, a great little indie-rock record, and one that reminds writers such as myself that Americans are generally far better at crafting songs of skewed pop rocking like nobody’s business than their English counterparts. I’d offer the old adage that ‘there must be something in the water’, but the States is a pretty big place, and you know how British water can vary in taste from Oxford to Portsmouth. When compared to the likes of Larrikin Love, one articulate indie outfit attracting no little attention here right now (i.e. they’re in NME this week), Tapes’n Tapes are musical light-years ahead; also, this four-piece can quite ably hold a torch to the spread of starry-eyed Canadian rockers wooing journalists the world over.

‘Insistor’ is the song you will have heard, if you’ve had only one ear open this last month or so: falling at track three of eleven, it serves as a wake-up call after two songs that threaten to drift, rather, into the background. That’s not intended to imply that either ‘Just Drums’ or ‘The Iliad’ are generic in any way, but ‘Insistor’ is simply staggering, for all of its talk of being badgers (read the lyrics and allow your brain to boggle to the band’s surreal imagery). Indeed, it sits pretty as the standout for a few tracks further, until ‘Manitoba’ slides into your speaker space.

Whereas the album’s lead single is a catchy concoction of marching drums – assuming humans develop the ability to walk at eighty-eight miles an hour – and wailing verses, ‘Manitoba’ is a frazzled electro-indie offering served still sizzling on a bed of head-nodding beats. Its swirls and twirls twist and turn, intertwining and flying wildly away from each other, over a few minutes of sonic ecstasy. Highlights follow: ‘Omaha’ and ‘Cowbell’ will rattle about your skull for days, weeks, if you allow The Loon time enough to creep into the depths of your synapses.

Sure, certain elements of Tapes’n Tapes’ approach to rocking will leave particular listeners cold: Josh Grier’s vocals are something of an acquired taste, although Win Butler’s equally imperfect tones never impeded Arcade Fire’s success, and the recording quality is sometimes a little too slight for the ambition on show. But the potential that lies just below the surface of each of these songs is so impressive that to excessively bemoan these minor failings would be to distract from the need to commend: this _is _a record worthy of your investment, both attention-wise and financially.

Should the backlash rise again come album number two, upon which the quartet are already working, it’ll at least be justified by a failing of said sequel to match this debut. After all, since the bar’s been set this high, raising it’s likely to require an amazing effort. Should Tapes’n Tapes create such an opus, its impact will undoubtedly be timeless; The Loon, though, comprises the sort of luscious foundations ninety-nine per cent of emerging bands can only dream of laying.

The machine can rest, dormant, for a while yet.

My Baby's Into Witchcraft